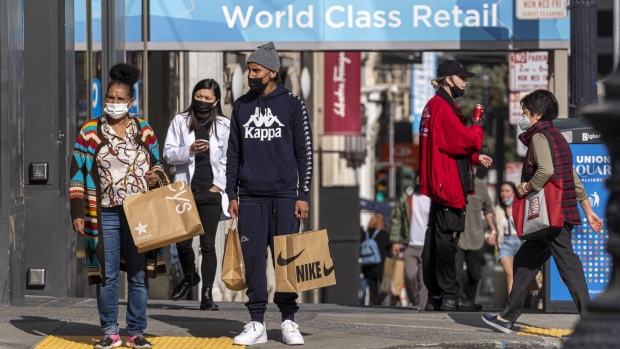 President Joe Biden’s administration, faced with the biggest surge in consumer prices in three decades, points to signs that supply-chain pressures are easing as it seeks to persuade voters that inflation will drop back to more normal levels next year.

While economists largely agree with the White House, there’s limited evidence from U.S. companies that any major shift in expectations is yet underway.

Honeywell International Inc. Chief Executive Officer Darius Adamczyk said this week that the supplier of automation systems, aerospace components and industrial software has raised prices to combat mounting inflationary pressures this year, and the company doesn’t anticipate those stresses will abate in 2022.

Kellogg Co. Chief Financial Officer Amit Banati said earlier this month that “we are planning for a high-inflation environment in 2022.” Waste Management Inc. CEO James Fish noted this month that many of his company’s contracts incorporate cost increases over set time periods, and that “We wouldn’t get the full effect of that until the adjustment we take in January of 2023.”

But the consensus among economists is that Treasury Secretary Janet Yellen is probably right in expecting inflation to looking a lot more like the pre-pandemic trend by the second half of 2022.

“I would expect monthly inflation rates to be moving down toward levels more consistent with 2% inflation, or thereabouts, that we would consider normal and healthy,” Yellen said Monday.

Yellen, a former chair of the Federal Reserve, said she expects monthly gains in the consumer price index of 0.2% or 0.3% in the latter half of next year -- down from the 0.9% jump seen in October. New- and used-car prices may be falling by then, she said.

“An outlook like that sounds realistic,” said David Wilcox, a former chief forecaster at the Fed board and now director of U.S. economic research at Bloomberg Economics. He noted that Yellen’s range easily encompasses the consensus among private-sector economic forecasters for inflation during the second half of next year.

The median forecast of economists surveyed by Bloomberg is for a 3.2% annual gain in the CPI for the third quarter of 2022, and 2.6% in the fourth quarter. The Bloomberg Economics U.S. team, led by Anna Wong, expects CPI inflation at 2.8% by the end of next year -- down from the 6.2% recorded last month.

Among the reasons private economists cite for expectations for inflation to cool:

The White House has touted increased supplies at retailers including Wal-Mart Inc. and Target Corp. heading into the holiday shopping season.

“Families can rest easy,” Biden said on Tuesday. Major retailers “have confirmed that their shelves will be well-stocked in stores this holiday season. That’s good news for the those moms and dads worried about whether the Christmas gifts will be available. It goes for everything from bicycles to ice skates.”

But plenty of companies report enduring concerns, even if they hold out hope for improvement on the timeline Yellen has laid out.

Food distributor Sysco Corp. expects inflation to moderate by mid-2022, though it may take longer to dissipate than previously thought, its finance chief said this month.

General Motors Co. CEO Mary Barra said in late October that her company expects semiconductor supply to cause disruptions into the second half of 2022. The automaker’s shares fell 5.4% on Oct. 27 after Barra made the comments.

“It will linger into next year and right now our feeling is that we’ll be in much better shape in the second half of 2022,” Barra said in an interview with Bloomberg Television.