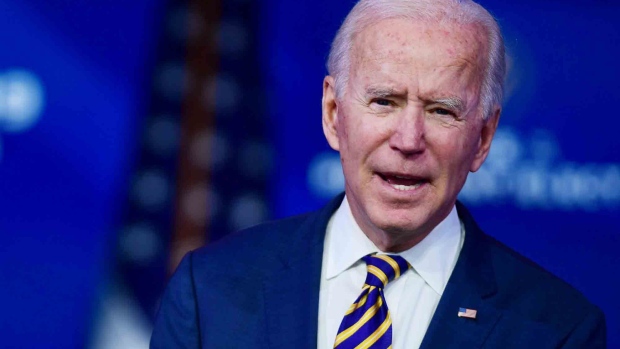 Sameera Fazili will be a deputy director of the National Economic Council focused on manufacturing, innovation and domestic competition, while Nadiya Beckwith-Stanley will join the NEC as a special assistant to the president for budget and tax policy, the Biden transition said Thursday.

“Delivering results to Americans grappling with the many challenges facing our country will require an experienced, innovative and principled White House team,” Biden said in a statement to Bloomberg News. “The policy leaders announced today are accomplished public servants who are ready to build back better for this country immediately. They will be critical to ensuring that our policy agenda is effective in bringing change for the American people.”

The president-elect is set to unveil his economic proposals at 7:15 p.m. from Wilmington, Delaware.

Fazili comes to the White House from the Federal Reserve Bank of Atlanta, where she was director of engagement for the community and economic development department. She previously served in the Obama administration as a senior adviser at the NEC and at the Treasury Department, where she spent time in the offices of Domestic Finance and International Affairs.

Beckwith-Stanley was an associate at Skadden, Arps, Slate, Meagher & Flom before joining the Biden transition team. She previously clerked for Judge Ronald Buch of the United States Tax Court, and began her public policy career advocating for low-income kids and families at the Children’s Alliance in Seattle. During the transition, Beckwith-Stanley has been focused on building analytical and budget tools to assess the impact of budget and tax policies on racial equity, a transition official said.

Brian Deese, Biden’s NEC director, described the new hires as “people with really impressive economic-impact credentials, but also deep experience in inclusive economic development, racial equity, and a sort of place-based and community-based focus on economic engagement, which is something that we’re looking to prioritize within the NEC.”

Fazili joins two other deputy directors announced by the transition last month, David Kamin and Bharat Ramamurti, whose portfolio will focus on financial reform and consumer protection. Joelle Gamble will be a special assistant to the president for economic policy.