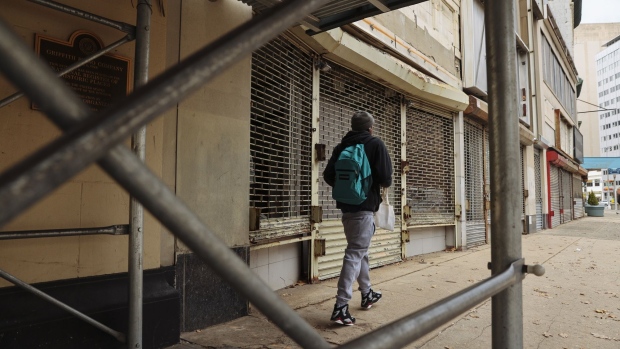 (Bloomberg) -- President-elect Joe Biden will have little alternative but to focus on a deal with Congress to enact more economic stimulus early next year, despite hopes from some Democrats that he can press ahead with executive actions.

That’s the takeaway from economists and lawmakers who have taken stock of the potential for solo measures under a scenario where the Senate remains under Republican control next year, pending two runoff elections in Georgia.

It’s also the lesson from President Donald Trump, who attempted to goose the economy in the the latter half of 2020 with some executive actions amid a stalemate on Capitol Hill over another fiscal stimulus package, only to see at best a limited impact on growth.

“A large fiscal support package is where you get the big macro effects,” said Mark Zandi, chief economist at Moody’s Analytics.

Biden himself twice called for a “robust” stimulus package this week. In the absence of a deal, some Democrats have suggested the new administration could make unilateral moves on federally funded student loans and on minimum wage hikes via government contracts.

There are about 13 million claims for extended jobless benefits under special pandemic programs, which expire in just a few weeks without a deal.

Zandi said wage raises -- even if approved by Congress -- would be less effective than a broader stimulus bill that includes unemployment benefits and checks for consumers. “Depending on exactly what was passed, the broader economic consequences would be small,” he said. That’s partly because many states have already passed minimum-wage legislation, he said.

Biden said Tuesday he expected any additional economic relief package done before he takes office would likely be “at best just a start,” and on Wednesday he said congressional aid would be just a down payment on what he’ll offer. Democratic congressional leaders Wednesday called for talks with Republicans using a bipartisan $908 billion proposal as the basis for a potential compromise -- a far cry from the $2.4 trillion they had previously pushed for.

Policy differences between Democrats and the GOP remain, and may yet bar any tranche of stimulus getting passed by year-end. Those include coronavirus liability protections sought by the GOP that Democrats call a poison pill to the hundreds of billions of dollars of state and local aid that Democrats want but Republicans blast as a bailout for poorly run states.

Which explains the attraction of unilateral action. Biden could sign a range of executive orders on his first day in office to soften the blow of fiscal cliffs that await many Americans, when student debt payments resume, extended unemployment benefits expire and moratoriums on evictions and foreclosures end.

Senator Elizabeth Warren, a member of the Democrats’ progressive wing, said Tuesday that “the single most effective” executive action would be to “administratively cancel billions of dollars in student loan debt using the authority that Congress has already given” to the Department of Education.

She and Chuck Schumer, the Senate minority leader, have backed forgiving $50,000 per borrower. Biden has proposed forgiving $10,000 a head, while refraining from specifying whether he’d take executive action on it. A suspension on student-loan payments, first enacted by Congress in the spring then continued by Trump through executive action to year-end, likely saved borrowers billions of dollars, proving particularly helpful for Black Americans, who tend to owe larger debts and face higher monthly costs.

Trump’s move to extend the moratorium through the last three months of the year was one of a series of executive actions he took while his negotiators failed to reach a deal on a broad stimulus package with the divided Congress.

A temporary supplement to unemployment benefits the White House initiated proved difficult to get under way as states had to recalibrate their processing systems, and money for the effort later ran out. A separate move encouraging companies to halt collection of individual payroll tax contributions -- which go to fund Social Security -- proved even more challenging. With employers still being on the hook for transferring the funds to the Treasury next year, major employers steered clear of the initiative.

Trump also signed an order to extend an eviction moratorium until the end of the year. Still, almost 16 million people reported in a recent U.S. Census Bureau survey that they had -- at most -- “slight” confidence in paying next month’s rent. The eviction moratorium has provided an added layer of protection for eligible renters, but the moratorium is imperfect and some renters have still faced eviction.

Besides the effectiveness question, going down the executive-action route could spark legal and political challenges.

“Congress holds the purse strings,” Jared Bernstein, one of Biden’s chief economic advisers during the transition, who is now set to join the White House Council of Economic Advisers, said at a Nov. 18 conference. “There’s often some resources embedded in these EOs -- administrative tweaks -- but not the kind of firepower you need for a robust package that meets the speed, composition, size, criteria” the economy demand, he said.