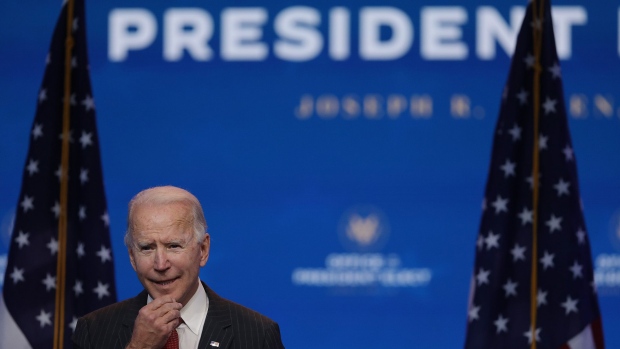 Klain, speaking on ABC’s “This Week,” didn’t specify which positions that Biden plans to fill first, or the people who will be nominated.

Biden said on Thursday that he’d already decided on a treasury secretary. “You’ll find it is someone who I think is, will be accepted by all elements of the Democratic Party, from the progressive to the moderate coalitions,” he told reporters.