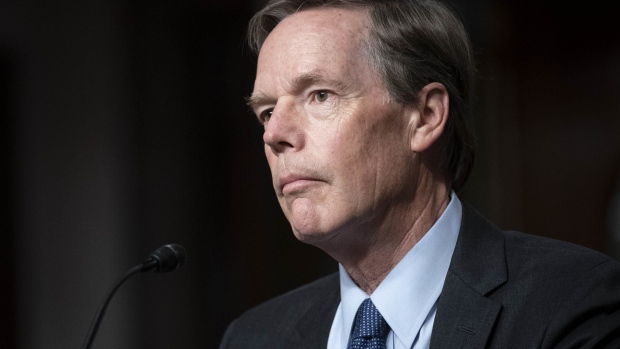 (Bloomberg) -- Senator Ted Cruz won’t stand in the way of Nicholas Burns to be ambassador to Beijing out of a recognition that U.S.-China relations are too important to delay, according to a person familiar with the matter.

“I’ve long believed China poses the single greatest geopolitical threat to the United States for the next century,” Cruz said. “There are many domains on which we’re standing up to China, one of the most important concerns Taiwan. And I worry that the threat to our Taiwanese allies is becoming acute.”

Without Cruz standing in the way, chances are better that Burns, a longtime diplomat who previously served as U.S. ambassador to NATO and Greece and who won vocal support from Republicans and Democrats on the Senate Foreign Relations Committee, gets confirmed. The committee has yet to vote on his nomination, which would then go to the Senate floor for final confirmation.

Burns isn’t totally in the clear, however. Republican Senator Josh Hawley of Missouri has previously said he’ll try to slow down all of Biden’s nominees until Secretary of State Antony Blinken resigns.

Cruz has blocked the Senate’s ability to confirm most nominees through procedural moves to protest a raft of administration policies, including the decision not to sanction key officials involved in the Nord Stream 2 pipeline from Russia to Germany.

Yet Cruz has lifted holds on several nominees in recent weeks, including Donald Lu as assistant secretary of state for South and Central Asia, a region that includes Afghanistan.