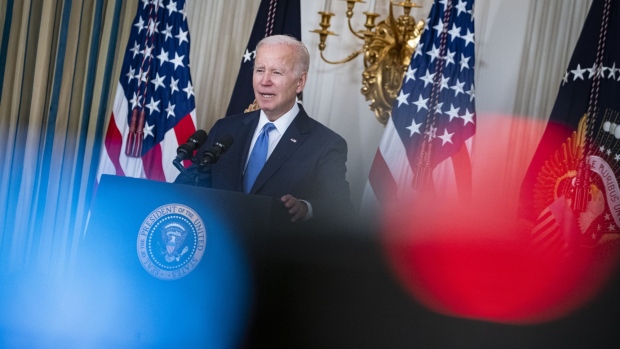 (Bloomberg) -- President Joe Biden’s plan to suspend the federal gasoline tax would only make things worse for US drivers, one industry CEO said ahead of a meeting in Washington between oil executives and administration officials.

“The gasoline tax holiday would actually increase demand at a time when inventory is already tight,” John Hess, chief executive officer of Hess Corp., said Thursday in an investor presentation. “The key to getting oil prices under control is to grow inventory; you only do that by increasing supply and tempering demand.”

Biden has called on the oil industry to tame gasoline prices and is asking Congress to pause the 18.4 cents-per-gallon federal tax, though lawmakers are unlikely to heed his request. The administration has also weighed limiting crude exports from the US. Oil executives are pushing back, with Chevron CEO Mike Wirth urging a “change in approach” from the White House. Wirth is one of several CEOS gathering with Energy Secretary Jennifer Granholm on Thursday.

“These two ideas that the government has -- either to ban crude oil exports or to have a gasoline tax holiday -- actually are going to make the market tighter,” Hess said. “It’s going to drive prices up, not drive them down.”