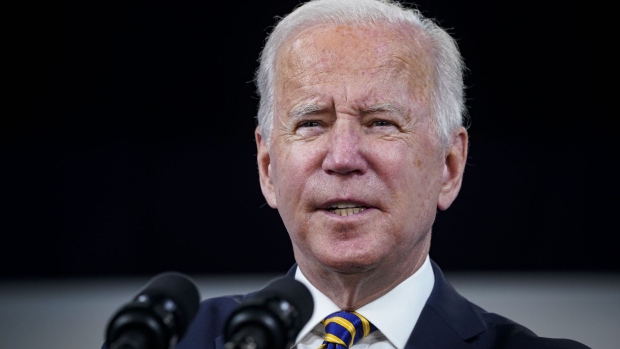 (Bloomberg) -- President Joe Biden urged a congressional committee investigating the Jan. 6 insurrection at the U.S. Capitol to hold accountable any witness who refuses to cooperate with the probe, as lawmakers moved toward a contempt finding for one of former President Donald Trump’s top advisers.

“I hope that the committee goes after them and holds them accountable,” Biden told reporters as he returned to the White House on Friday.

Biden’s remarks came as the House special committee examining the insurrection set a Tuesday vote to hold Steve Bannon, Trump’s former chief political strategist, in contempt after he failed to show for a deposition scheduled for Thursday.

Trump has instructed his allies not to participate in the probe and threatened to seek a court order allowing him to exert executive privilege to block investigators from accessing documents or testimony from advisers related to the incident, in which his supporters violently swarmed the Capitol and sought to disrupt Congress from counting electoral college votes.

The committee has said those refusing to cooperate are potentially liable for contempt of Congress, a crime that could result in a fine and as much as a year in prison. But a criminal prosecution would require the full House to refer a charge to the Justice Department, and Attorney General Merrick Garland to decide to pursue penalties against the offending party.