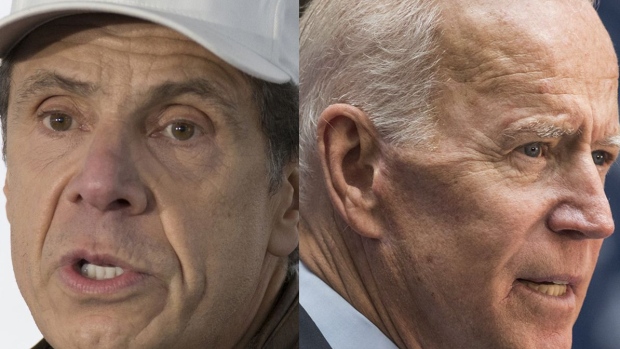 Asked whether Biden stands by remarks earlier this year in which he said Cuomo, a close ally, should step down if allegations of sexual harassment were confirmed by the attorney general, Biden said: “Yes.”

“I think he should resign,” Biden added.