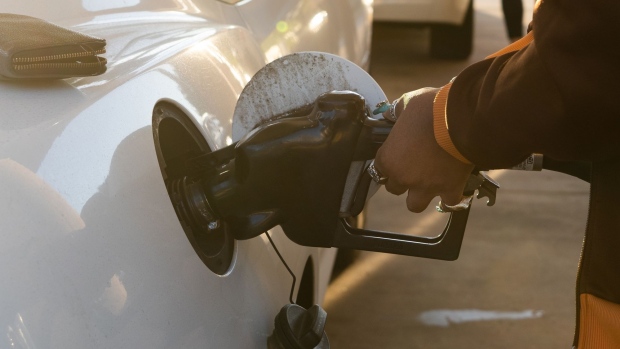 A driver refuels their vehicle at a Shell gas station in La Jolla, California. , Bloomberg

(Bloomberg) -- President Joe Biden said U.S. drivers are beginning to see lower prices at gasoline pumps, but that China has not yet participated in a global release of oil reserves his administration has tried to coordinate.

“Since the end of October, the average weekly price of gasoline on the wholesale market -- that’s what you sell to the gas stations -- has fallen around 10%,” Biden said in remarks at the White House on Friday. “These savings are beginning to reach Americans and should pick up in the weeks ahead. And that can’t happen fast enough.”

He credited large oil-consuming nations’ releases from strategic reserves, but said China had not yet participated.

“I brought together other countries - India, Japan, the Republic of Korea and the United Kingdom - who all agreed all agreed to join me in releasing additional oil from their reserves,” he said. “China may very do well do more as well. They haven’t done it yet.”