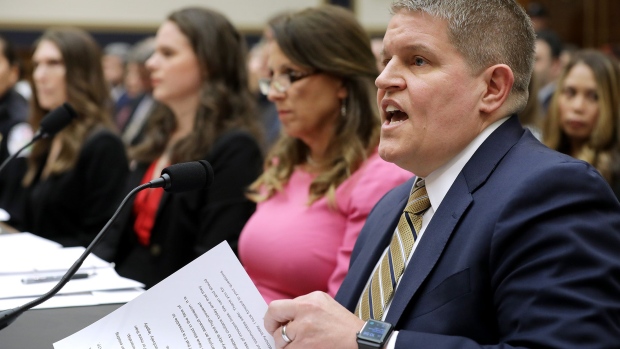 (Bloomberg) -- President Joe Biden has tapped David Chipman, a gun control advocate, to lead the Bureau of Alcohol, Tobacco, Firearms and Explosives, according to a person familiar with the matter.

Chipman is a senior policy adviser at Giffords, an organization led by former Congresswoman Gabrielle Giffords, an Arizona Democrat who was gravely wounded injured in a 2011 shooting that killed six other people, including a federal judge. The group focuses on tightening gun control measures.

Chipman was a special agent for the ATF for 25 years. During his career with the bureau, he disrupted a gun trafficking ring that operated between Virginia and New York City and became special agent in charge of the ATF’s firearms programs, according to his biography on Giffords.

“It is far too easy for violent people to get their hands on deadly weapons,” Chipman said at a September 2019 congressional hearing. “The American people overwhelmingly want Congress to act now to make their communities safer. Assault weapons are a class of semiautomatic firearms originally intended for military use designed to kill people quickly and efficiently. These weapons are often the weapon of choice for mass shooters.”

Chipman would have to win Senate confirmation to assume the role of ATF director. Giffords’ husband is Senator Mark Kelly, an Arizona Democrat who was elected in November.