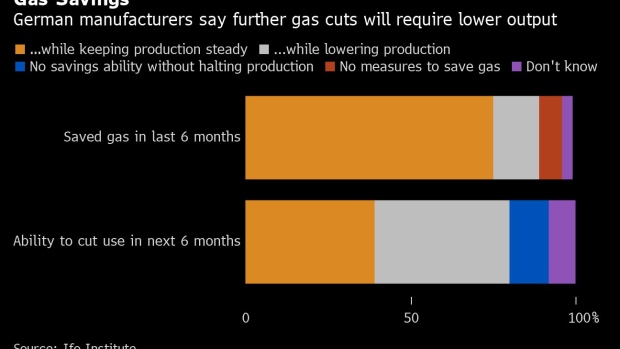 Europe’s energy crisis and the allure of US incentives are complicating Germany’s efforts to build up a leading electric-vehicle supply chain.

Northvolt said this week it’s considering postponing plans to build a battery factory in Europe’s biggest economy because of high energy prices. The Swedish company will decide next year between building the Heide facility in northern Germany in time for production to start in late 2025, or expand first in North America, where US President Joe Biden is wooing cell manufacturers with billions of dollars in incentives.

The potential holdup of the Heide factory — which eventually will produce enough cells for roughly 1 million EVs per year — would be a serious setback for Volkswagen and BMW, both of which have invested in Nothvolt and placed multibillion-dollar orders. It also follows reports that Tesla is delaying battery-making efforts at its plant outside Berlin.

Retooling the German auto industry to preserve manufacturing jobs is among Chancellor Olaf Scholz’s top priorities. But the country’s modernization push has been complicated by the war in Ukraine, which forced Berlin to abandon its reliance on cheap Russian natural gas. Wholesale prices for the fuel and for electricity have soared, and that’s bad news for the energy-intensive battery industry. Producing 1 kilowatt-hour of EV battery capacity requires 41 kilowatt-hours of gas and electricity, according to Berylls Strategy Advisors.

Europe has stocked up on gas during the past few months, but supplies could dwindle in the event of an extended cold spell. Manufacturers in Germany see slim odds of being able to save more gas without slowing or stalling production, according to a survey published last week by the Ifo Institute. While Qatar this week agreed to supply Germany with LNG for at least 15 years, shipments won’t start until 2026.

“Unless we manage to reduce energy prices in Germany and Europe quickly and reliably, investments in energy-intensive production or new battery cell factories in Germany and the EU will be practically unviable,” Thomas Schaefer, chief executive officer of the VW brand, wrote this week on LinkedIn. “The value creation in this area will take place elsewhere.”

By elsewhere, Schaefer likely is referring to the US. The country has seen a surge in investments in response to the Inflation Reduction Act, which aims to boost domestic EV and battery production and reduce reliance on China for components and materials. Tax credits for assembling battery cells and packs in the US are so generous, they may well make America “a global EV battery hub,” UBS analysts said in a note in September. “Cell manufacturing in the US could be more profitable than in any other country.”

Germany is unlikely to completely miss out. China’s CATL, the world’s biggest maker of EV batteries, is on track to start production at its first European cell plant in Erfurt, central Germany, by the end of this year, a spokesperson said this week. The facility is slated to start with 8 gigawatt-hours of annual capacity and expand to 14 gigawatt-hours within a year. Northvolt has said its factory will eventually produce 60 gigawatt-hours of cells annually.

Still, industry officials have been urging German and European politicians to bolster aid or risk stalling the industry’s transformation. Germany’s Varta said last month that it won’t finish building a new battery factory until it secures binding orders, citing issues including rising energy and raw materials costs. China’s Svolt Energy Technology, which is planning to build three cell factories in Germany, said this week it will “monitor economic developments” in the US because of the new incentives there.

“IRA has changed the dynamics for suppliers. The entire value chain is looking at North America instead of at Europe,” Northvolt’s Wigardt said. “European politicians on various levels need to act quickly to ensure that Europe remains attractive to invest in.”