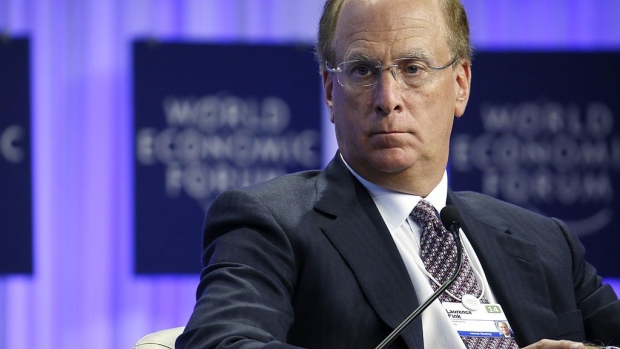 (Bloomberg) -- Another BlackRock Inc. executive is joining the Biden administration, adding to the close ties between the Wall Street heavyweight and the seat of power in Washington.

Eric Van Nostrand, a BlackRock managing director who was head of research for sustainable investments and multi-asset strategies, is exiting to join the Treasury Department. He will be a senior adviser on economic issues tied to Russia and Ukraine and will report to Ben Harris, assistant Secretary of Treasury for economic policy, a person familiar with the matter said. He starts on Monday.

Van Nostrand and a representative for BlackRock declined to comment.

Larry Fink’s $8.5 trillion investing giant has been gaining clout in Washington as the Biden administration has stocked its ranks with ex-BlackRock executives. That means the company is now seen as one of Wall Street’s key conduits to the power center in Washington -- a tag that was more closely associated with Goldman Sachs Group Inc. through prior administrations.

That growing clout has invited criticism from both ends of the political spectrum, with the firm frequently targeted for its investing policies tied to climate, its business in China and its role as one of the largest stock owners of most major public companies.

Shortly after winning the election in November 2020, President Biden tapped two BlackRock executives for senior roles on his economics team: Brian Deese, the former head of sustainability at BlackRock who now runs the National Economic Council, and Adewale Adeyemo, the deputy Treasury secretary. Deese was most recently in the spotlight for his defense of what defines a recession.

Mike Pyle, BlackRock’s former chief investment strategist, joined the administration to serve as Kamala Harris’s chief economic adviser and is now a key player on Russia sanctions. All three had previously worked in the Obama administration, like Van Nostrand, before moving to BlackRock and then returning to Washington.

The moves are a reversal of the flow in recent years, when BlackRock tapped more than a dozen alumni of former President Barack Obama’s administration, including his national security adviser, senior adviser for climate policy, a former Federal Reserve vice chairman he appointed, and numerous other economists from the White House, Treasury and Fed.

At BlackRock Van Nostrand led a global team focused on developing sustainable investment strategies and also was responsible for a team coordinating research and portfolio strategy across the multi-asset investment platform -- including global economics, asset allocation and portfolio construction.