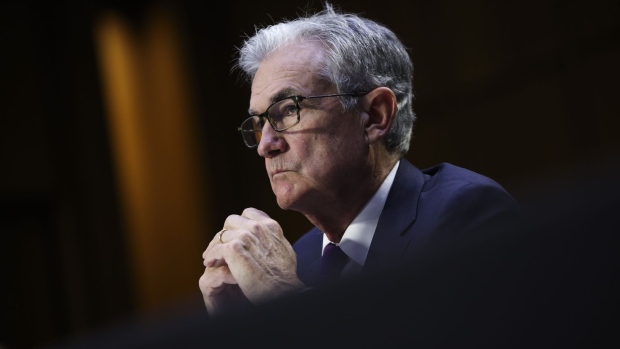 (Bloomberg) -- President Joe Biden and key advisers have begun to zero in on filling a series of vacancies at the Federal Reserve as Chair Jerome Powell’s term winds down amid a push for stricter ethics rules and a more diverse central bank board.

Biden has started to meet with top White House and Treasury aides to review candidates, according to two people familiar with the process, even as the White House has been largely consumed with negotiations over the size and contents of the president’s multi-trillion-dollar economic agenda.

Biden hasn’t settled on a choice, and it remains unclear whether he’s leaning toward reappointing Powell or replacing him with the favored candidate of liberal Democrats, Fed Governor Lael Brainard -- or a different nominee altogether. Biden has made a point of appointing “firsts” in gender or race for a number of key positions across his administration.

Time is meanwhile running short: Powell’s first term expires in February, and the Senate needs time to consider a nomination and vote on it -- and more time for debate if the pick is other than Powell.

The intense focus on the economic-agenda bills, whose fate could determine whether Biden’s party still controls Congress after the 2022 midterms, keeps pushing back the Fed decisions. As that lingers, the White House has faced mixed economic news buffeted by supply-chain issues and inflation, as well as a trading scandal at the regional Fed banks that Powell has taken steps to contain.

Biden leaves this week for Italy and Scotland to visit the Vatican and attend the G20 and a global climate summit -- adding to the sense of urgency and deadlines inside the White House to finalize huge parts of the president’s domestic agenda before he meets with world leaders. The conversations to pick the next Fed chair are happening on the sidelines of getting his economic agenda completed.

Previous presidents have generally made their Fed chief selection known by this date in the calendar and they have frequently kept the same chair in place for the sake of continuity in monetary policy -- with the exception of Donald Trump, who replaced Janet Yellen with Powell on Nov. 2, 2017.

Yellen, now Treasury secretary, supports Powell for a second term, a view she conveyed to White House aides over the summer. Powell also enjoys the support of other monetary policy experts and labor economists, who value the way he steered the country through the Covid-induced recession by keeping interest rates low and closely tracking unemployment.

“He had to steer monetary policy through the worst recession since the 1930s, which he did by slashing interest rates and opening up the lending spigot. Mr. Powell and his colleagues also changed the Fed’s monetary-policy framework to put more emphasis on unemployment and less on inflation,” Blinder added.

So far just one senator — Elizabeth Warren — has expressed opposition to reappointing Powell. None have publicly advocated for Brainard, though outside groups have launched a concerted campaign in her favor. She would likely draw near unanimous opposition from Republicans, while Powell would likely get broad bipartisan support.

Senate Banking Committee Chairman Sherrod Brown said Tuesday that he had spoken to Biden recently about the Fed picks. He wouldn’t reveal his preference for a nominee for chair, but said he’s advocated multiple names for the vacant vice chair of supervision, a key banking regulator.

“President Biden, and I talked to him just the other day, understands you want to put workers at the center of our economic policy. And that includes making the Fed look like America but think like America too,” Brown said on Bloomberg Television’s “Balance of Power with David Westin.”

“When the president looks for making up to four nominations, maybe including Powell, maybe not, there will be a much greater emphasis on workers,” he said.

Biden could fill the chair, the vice chair for supervision, a second vice chair seat held by Richard Clarida that opens in January and a vacancy left over from Trump’s term.

On Sunday, Yellen defended Powell’s record, which Warren has frequently attacked in public. Yellen told CNN’s “State of the Union” that financial rules had “markedly strengthened” under Powell’s term, as they did during her time at the Fed and under her predecessor, Bernanke.

Powell and Brainard have been the top contenders for the Federal Reserve top job for months -- though the White House has looked at a broader range of candidates over that time, according to people familiar with the search.

Brainard’s allies support her more aggressive statements on the Fed’s ability to regulate banks and fight climate change. Some Democrats would like Biden to put his own stamp on the Fed with her at its helm. Warren, who holds great sway within the White House, has called him a “dangerous man.”

Adding to Biden’s calculation is the Fed’s own internal investigation into stock trading in 2020 by top regional officials in Dallas and Boston at the same time the bank pumped money into the economy. Powell unveiled new ethics rules last week on the types of trades and types of stock senior Fed officials can hold, but the scandal has given critics fresh ammunition to oppose his renomination.

Senate Democrats also privately have talked about holding hearings this fall on stock trading by Fed officials, according to two people briefed on the discussions -- hearings which would spotlight Powell’s leadership at a time he’s under consideration at the White House.

What is less clear is which candidate has the support of the president’s most politically minded aides, including Chief of Staff Ron Klain, counselor Steve Ricchetti or National Economic Council Director Brian Deese, all of whom will weigh both the political and economic merits of any pick.

Other top aides assisting in the pick are Yellen, Chair of the Council of Economic Advisers Cecilia Rouse and CEA member Jared Bernstein.

While the Biden White House has heard input on the process from longtime Biden allies, progressive leaders, economists and former Fed officials and climate change activists who want the central bank to take a more aggressive stance, the White House has been tight-lipped about its criteria for the next chair and the selection process.