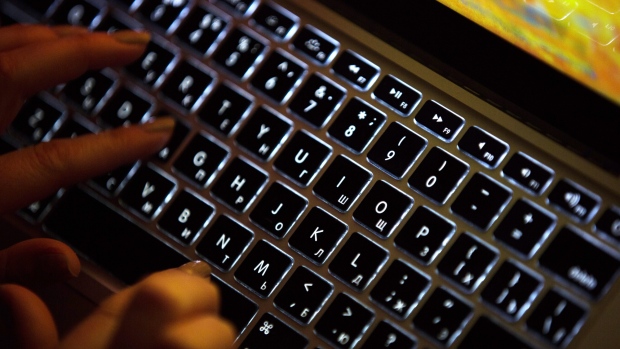 A person uses a laptop computer with illuminated English and Russian Cyrillic character keys in this arranged photograph in Moscow, Russia, on Thursday, March 14, 2019. , Bloomberg

The pandemic has created an unexpected boom in one corner of finance: surveillance.

As traders continue to work from home, banks are beefing up their efforts to monitor staff and root out any misconduct, according to NICE Actimize, which makes compliance, risk and financial-crime software. There’s been a surge of interest in advanced technology, such as machine learning, that can help employers catch unusual employee behavior, said Chris Wooten, an executive vice president at the company.

Of 140 financial institutions surveyed by NICE Actimize, 76 per cent of respondents said they expect monitoring and surveillance will increase over the next three years. Almost 20 per cent said those measures would apply to all employees. “Clearly this reflects the investments that financial institutions are making now, or will be making in the future,” Wooten said.

Robert W. Baird & Co. has maintained its supervisory processes by continuing to monitor transactions and requiring staff to go on mandatory compliance leaves, said Jack Miller, the company’s head of trading in Milwaukee. The absences allow banks and trading firms to review employees’ communications and trading records while they’re away. Still, the company is thinking about how to adapt to the coronavirus era.

“It has caused us to be hyper-aware of what’s going on and put some critical thought into what we might be missing with folks working from home,” Miller said in a phone interview.