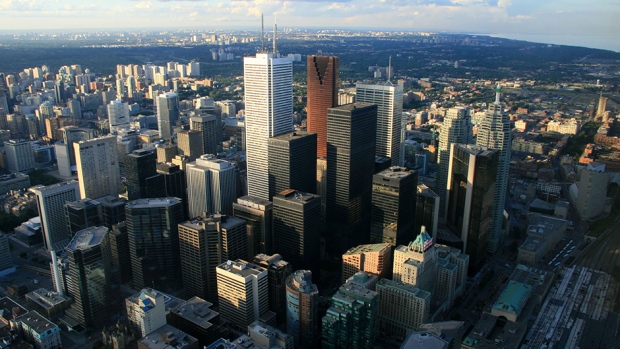 Shares of Canada’s banks were on a upward roll until mid-March, until allegations of improper retail sales practices knocked them down in a big way. And then came the Home Capital funding crisis, which dragged them down even further.

Expect the banks to address both topics when they release fiscal second-quarter results. The results will start rolling out on May 24 and will be seen as another test of the sector’s resilience and ability to not only live up to -- but also exceed -- expectations.

There is no doubt Canada’s mortgage market is the bigger story. Issuing mortgages to home buyers is a huge source of profit, not to mention profit growth, for the banks. If the Home Capital (HCG.TO) fiasco has spillover effects on mortgage market confidence, that growth may be more difficult to achieve.

Gabriel Dechaine, an analyst at National Bank Financial, frames his concerns this way:

- What happens if Home Capital fails?  The company has revamped its board of directors and now boasts lots of bench strength in corporate restructuring - so a complete failure may be unlikely, but hardly impossible. (Back to that Home Capital conference call: Question number one was “How likely is a runoff sale?”).

- Will growth in mortgage lending be hurt by the Home Capital crisis and Ontario’s plan for a tax on foreign home purchases? This is the real question for the banks. The Home Capital crisis itself has been driven by sentiment, as most runs on banks are. When depositors saw allegations the company was not candid with the market about improperly documented mortgages, they made a quick and simple decision: I don’t want my money in a Home Trust bank account. So they raced to pull their funds out – despite the fact that deposit insurance covers them for any amount up to $100,000; and despite the fact that mortgage-loan losses at Home Capital remain insignificant.

Perception matters, and it matters to the broader Canadian housing and mortgage markets. Expect the banks to take lots of questions on whether the Home Capital news, and Ontario’s tax plan, have weakened the market in a material way.

“While Canadian home prices have been a cause of concern over the past three-to-four years, we believe Home Capital’s business model is significantly different from other banks and shouldn’t be used as a barometer for the group,”  said Klock.

And those allegations of abusive sales practices will be back in the spotlight before long. The Parliamentary Finance Committee has announced it wants to hear from top bank executives on whether or not their sales team are pressured to push products on customers that those customers don’t need or want.

The ensuing onslaught of negative headlines -- based on claims by anonymous alleged bank employees in a series of reports by the CBC in early March – did much more damage to the banks’ share prices than did the Home Capital news. Canadian retail banking is the dominant source of profit for all of the banks, and any hint that Ottawa may crack down on sales practices would bring about another round of jitters among already antsy investors.

Here’s when each bank reports and the average profit estimates, according to Thomson Reuters: