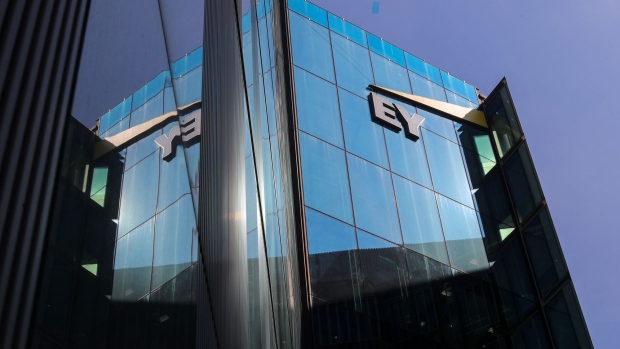 The dominant accounting firms must do a better job of challenging their clients in order to reach a satisfactory level of audit quality, the industry’s U.K. watchdog said.

The so-called Big Four -- KPMG, Deloitte, Ernst & Young and PricewaterhouseCoopers LLC -- were individually assessed in reports released by the Financial Reporting Council on Tuesday. Deloitte scored the highest of the four with 76 per cent of the audits evaluated by the FRC deemed as ‘good’ or needing limited improvements. PwC and KPMG fared the worst at 65 per cent and 61 per cent respectively, which the regulator dismissed as “unsatisfactory.” Three smaller firms were also assessed.

“We are concerned that firms are still not consistently achieving the necessary level of audit quality,” David Rule, the FRC’s executive director of supervision, said in a statement accompanying the release of the reports. “The tone from the top at the firms needs to support a culture of challenge and to back auditors making tough decisions.”

The reports come barely a week after the FRC announced its timeline under which the Big Four must split their audit units from their advisory arms. While consulting offers more lucrative opportunities than plain-vanilla accounting, it creates an inherent conflict of interest and encourages the auditors to be restrained to protect consulting opportunities, the regulator said.

“It’s an outright failure of the audit profession and regulators,” said Richard Murphy, an accountant and economics professor at City University in London. “There has been a rapid decline in auditing standards which will increase costs for investors relying on the accounts for information and lead to more company failures at a time when society can least afford it.”

Auditors today are facing the most scrutiny since the collapse of Enron two decades ago after the recent failure of a handful of U.K. companies including Carillion Plc. More recently, the collapse of German payments provider Wirecard AG, which had been audited by EY, has put the spotlight back on accounting.

EY, which has described Wirecard as an “elaborate” fraud that even a rigorous probe may not have discovered, said it was adding 700 people to help improve its auditing unit.

“We are disappointed our overall results are not higher and we have plans in place to address the FRC’s feedback,” Andrew Walton, head of EY’s U.K. auditing business, said in a statement. The firm is focusing “on developing a culture of professional skepticism, management support of audit partners, further investments in data-driven audit processes, and additional training for our teams.”

The FRC has placed KPMG under special scrutiny because of its poor performance in previous evaluations. The firm is “already working hard to make the necessary changes,” Jon Holt, KPMG’s head of auditing, said in a statement.

The regulator also said on Tuesday it would also examine a larger number of PwC audits after this year’s test results.

“We set high standards for our audit quality and are disappointed with these results which we are committed to improving,” PwC said in a statement.

The FRC also evaluated some of the Big Four’s audits of listed FTSE-350 companies. The regulator last year had a target of 90 per cent of audits scoring good or better but the FRC has since abandoned that, according to a spokesman for the regulator.

Again, Deloitte came out on top with 90 per cent of its FTSE audits rated good. EY notched 78 per cent, PwC scored 67 per cent and KPMG just 58 per cent.

Deloitte Deputy CEO Stephen Griggs said in a statement he was pleased with the FTSE-350 score but acknowledges that “we must continue to improve to ensure we consistently deliver the highest quality audits.”