It’s been a hellish month for China-based companies listed in the U.S. A clampdown by Beijing authorities led to the worst selloff since the financial crisis, prompting a broad reassessment for a burgeoning corner of the world’s largest stock market.

The Nasdaq Golden Dragon China Index -- which tracks 98 of China’s biggest firms listed in the U.S. -- plunged 22 per cent in July, its biggest one-month drop since October 2008. Amid the rubble, some investors see opportunities for companies and money managers alike. Either way, the heightened government oversight has added a new variable to the analysis on owning these stocks.

Investors really need to “rethink the nature of their holdings,” said Steve Sosnick, chief strategist at Interactive Brokers. “There’s a different level of risk that applies to these investments.” 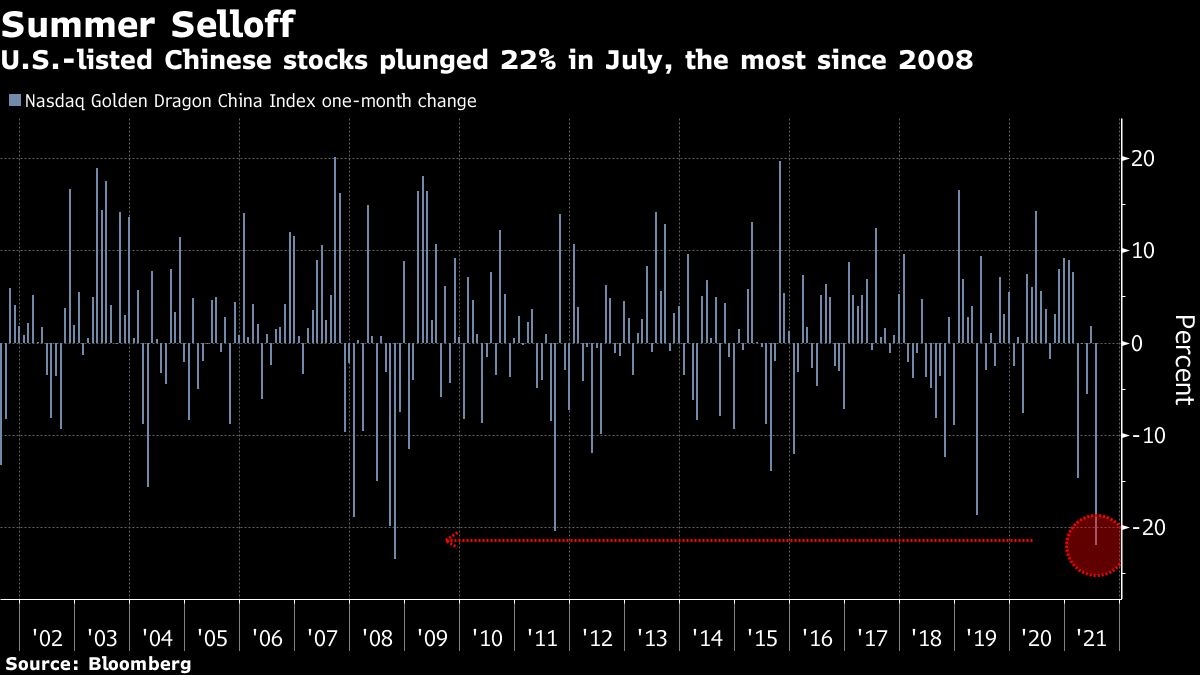 The downward spiral for U.S.-listed Chinese shares has erased more than US$730 billion in value from stocks on the Golden Dragon gauge since it hit a record in February, with US$354 billion of that coming in the last month alone. The index was up 25 per cent in the 12 month-period until end of June.

With investors staring down hundreds of billions of dollars of losses this month alone, many are left wondering when this latest wave of regulatory crackdowns will end. At one point this week, strategists at Goldman Sachs Group Inc. wrote in a note that the word ‘uninvestable’ featured in recent conversations with clients regarding investing in Chinese stocks.

Shares of New Oriental Education & Technology Group and TAL Education Group have been among the hardest hit after Chinese regulators banned firms that teach school subjects from making profits, raising capital or going public. Both stocks fell more than 70 per cent in July. Tech-giants Alibaba Group Holding Ltd. and Baidu Inc. also came under pressure, with their shares down 14 per cent and 20 per cent in July, respectively.

Separately, the transport ministry said it would be stepping up its oversight of ride-hailing and on-demand trucking companies, whipsawing shares of Didi Global Inc. and sending Full Truck Alliance Co. sliding. The two firms, both of which held U.S. initial public offerings in June, are already the subject of a different probe by China’s Cybersecurity Administration for data security concerns.

While the threat of further policy shifts out of Beijing still looms large, anyone willing to cast those worries aside will find stocks with historically depressed valuations. In the case of Alibaba, its forward price-to-earnings ratio sank to a record low of 18.1 earlier this week.

For analysts such as John Choi at Daiwa Capital Markets, one approach for the companies to respond to the selloff would be to buy some of the stocks back. 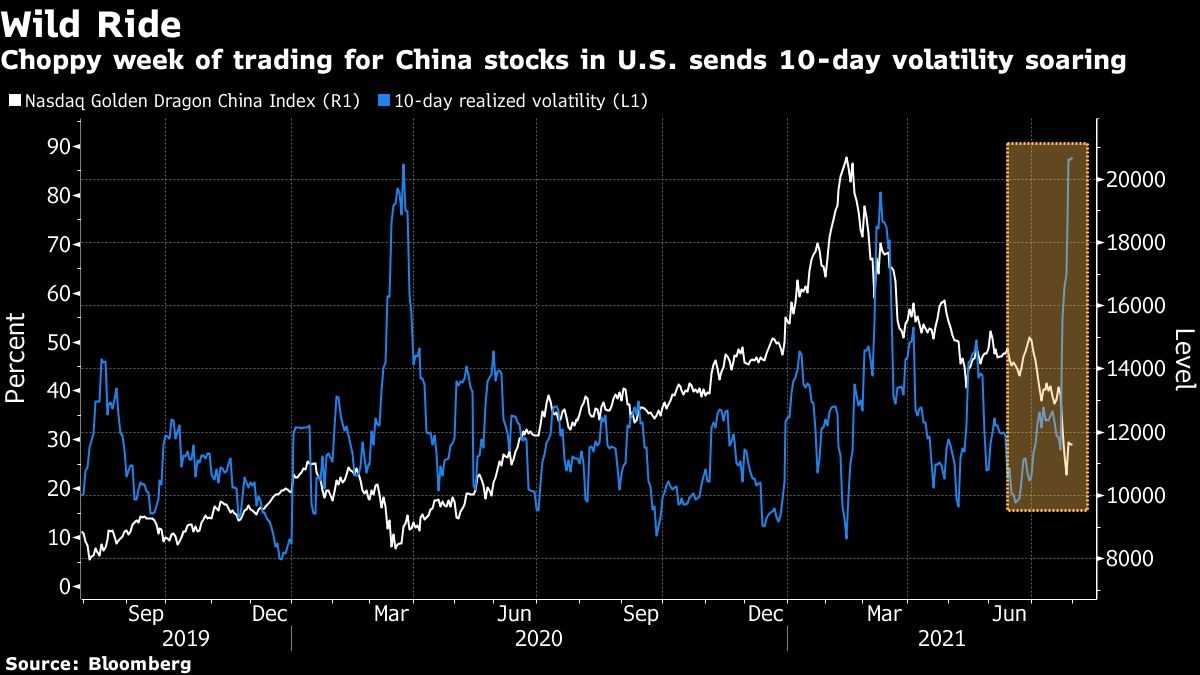 To emerging-markets veteran Mark Mobius at Mobius Capital Partners, small- and medium-sized companies in the technology, education and medical industries are likely to see better growth prospects as a result of stepped-up regulatory scrutiny of the nation’s behemoths.

“So the regulatory crackdown is probably in the long run going to be good for the Chinese market,” he told Bloomberg Television.

Even if some investors are optimistic about a reversal at some point, they may have to wait. August traditionally has been the Nasdaq Golden Dragon China Index’s worst month, averaging a 1.3 per cent decline since 2001.

“History shows that a regulation-induced market rout tends to be much shorter than a macro-induced one,” according to Larry Hu, head of Greater China economics at Macquarie Group.