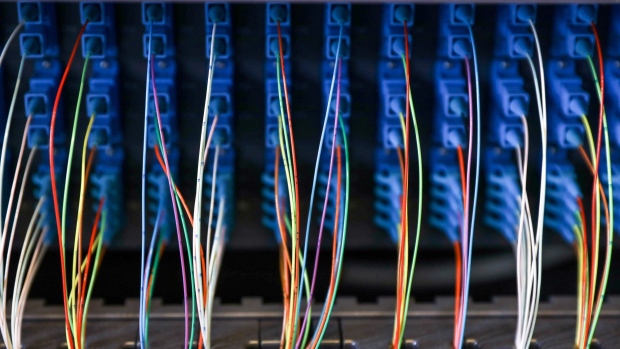 (Bloomberg) -- The largest U.S. technology companies continued to spend millions on lobbying last quarter, seeking to sway legislation intended to bolster antitrust enforcement and force other changes on the industry.

While the numbers show a mixed trend, the sustained level of spending on government influence demonstrates what the technology industry has at stake as policy makers debate stronger antitrust enforcement and tougher regulations on a sector that for the most part has been allowed to develop organically. Now, these entrenched companies have surpassed $1 trillion, and in some cases $2 trillion, in market valuation and are using their abundant resources to protect their positions.

Most of the companies disclosed dozens of bills and issues that their lobbyists are tracking, grouped into broad categories like taxes, consumers, homeland security and banking. The lobbying reports, required by law, were due Tuesday.

A common concern was antitrust. Forcing more competition in the online economy is one of few issues that has bridged partisan divides in Congress, and received the full support of the Biden administration.

Antitrust advocates on Tuesday cheered the nomination of Google foe Jonathan Kanter to lead the Justice Department’s antitrust division. He joins Lina Khan, a fierce critic of the technology giants who heads the Federal Trade Commission, and Tim Wu, a leader of the new anti-monopolist movement, as a top White House adviser.

A bill to give the Justice Department and the FTC more resources to pursue competition cases passed the Senate and a similar measure received bipartisan support in the House.

Five other antitrust measures got votes from Republicans and Democrats on the House Judiciary Committee, including proposals focused on a handful of U.S. tech companies to make mergers more difficult, force platforms to allow consumers to move their data, change how companies present their own services to consumers or force them to divest entirely of certain lines of business.

Apple, Facebook, Google, Amazon and Microsoft all listed these House proposals as targets of their lobbying campaign last quarter, trying to convince lawmakers that this legislation would destroy popular products, endanger user safety and benefit foreign competitors. There is some evidence that these arguments resonated, as it’s unclear whether the bills would have enough support to pass the full House, and no floor vote has been scheduled.

The companies also mentioned either the semiconductor supply chain, or the Senate bill designed to support U.S. manufacturing of the sophisticated chips needed for consumer electronics.

One of the issues for Amazon, Apple and Facebook was the legal liability shield known as Section 230 that lawmakers of both parties want to change to hold tech platforms responsible for how user content is displayed and disseminated.

Amazon was the industry’s biggest spender, listing individual pieces of legislation and issues across a wide range of subjects including aviation, transportation and finance -- reflecting the online retailer and distributor’s massive business reach.

Apple lobbied on topics related to its consumer credit card business and the development of autonomous vehicles, as well as “privacy practices in the App ecosystem,” which was one of the issues raised in a Senate antitrust hearing this year. Several senators are working on their own antitrust bills, including one aimed at changing app store practices to support Apple’s competitors.

Facebook, which recently sparred with the White House over President Joe Biden’s concerns about false online information regarding the coronavirus, said its lobbying issues in the last quarter included “voter suppression/interference, political ads and misinformation policies.”

In an indication of how much is at stake for tech companies, the Computer Technology Association, an industry group, increased its spending on lobbying to $1.2 million in the second quarter, up 103.4% from the first quarter.

Oracle Corp. increased spending on its lobbying efforts by 45.2% to $2.44 million, listing government procurement as an issue of focus in the same quarter that the Pentagon decided to pull back a $10 billion contract with Microsoft, giving other companies another chance to make their case.

ByteDance Ltd., the parent company of TikTok, spent $1.84 million on lobbying in the second quarter, up 162.9% from the previous quarter and up 268% year over year as it fights concerns in Washington about the security of user data.