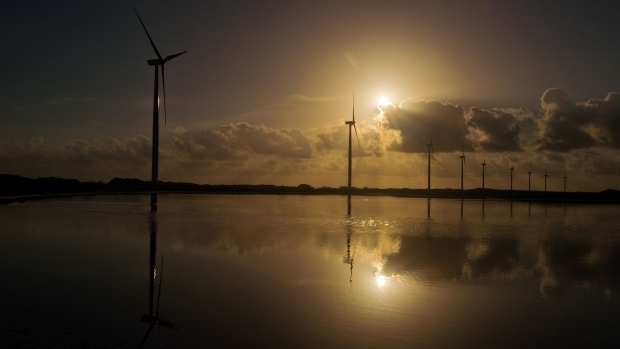 (Bloomberg) -- Three of the biggest power companies in the U.S. told Texas lawmakers that proposed new laws would load unfair costs onto wind and solar farms and chill investment in the state.

NextEra Energy Inc., Duke Energy Corp. and Southern Company sent a letter Wednesday to Governor Greg Abbott and members of the state legislature, saying they have “serious concerns” about pending bills that would make wind and solar farms pay for services to ensure the flow of power on the grid remains smooth and steady.

Texas, once among the hottest U.S. clean power markets, has turned into a battleground over the reliability and development of wind and solar in the wake of a deadly February storm that left millions without power for days. Oil and gas supporters as well as conservative lawmakers blamed frozen wind turbines for the widespread disruptions, even though gas plants made up the bulk of the power plants that failed during the blackouts.

“These bills would unfairly and unjustifiably shift significant costs onto wind and solar facilities in the State of Texas, penalizing assets and discouraging future investment,” according to the letter from the three utilities, which have collectively invested about $15 billion in renewable energy operations in Texas.

The Partnership for Renewable Energy Finance, a group that counts Amazon.com Inc. and Goldman Sachs Group Inc. as members, sent a similar letter last week, saying the proposed legislation would erode confidence that Texas will continue to provide the financial stability needed for future energy investment.

Texas Senator Kelly Hancock, a Republican from the Dallas area, proposed the Senate bill that would require renewable generators to pay for ancillary services, which include reserve generation and load resource capacity that can be used to handle swings in grid demand. “Intermittent generation is destroying price incentives for thermal generation and curtailing investment in dispatchable resources, but at the same time the grid cannot rely upon it during peak demand periods,” Hancock said in a statement filed alongside the bill last month.

“This bill is a direct attack on $60 billion worth of investment,” said Jeff Clark, president of the Advanced Power Alliance, a renewable energy trade group. “If it passes, it’ll give investors pause before they invest in Texas.”