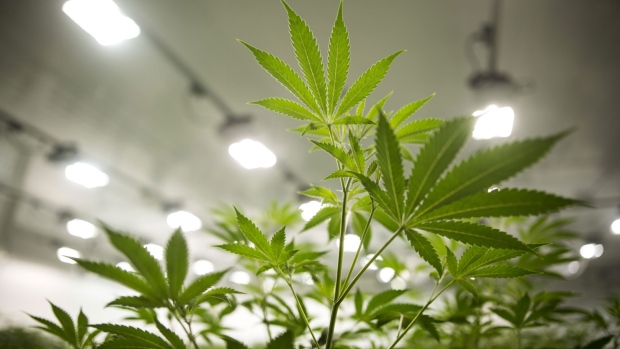 Cannabis companies are learning that to survive the pandemic, bigger isn’t necessarily better.

Specialized operations and a narrow geographic footprint are buoying marijuana providers such as Trulieve Cannabis Corp. at a time when the broader industry is struggling with falling demand and capital constraints. That’s a shift from a few years ago, when exuberance in the market pushed cannabis companies to expand their reach across the nation in a hasty land grab, which has left many onetime heavyweights overextended.

Companies with a broader reach got “punished” last quarter, said Joe Caltabiano, a cannabis entrepreneur who recently left the company he co-founded, Cresco Labs. With the industry shift, “you’re starting to see a separation of winners and losers.”

The shakeout is exposing the risks in the multistate strategy, including a patchwork of regulations and heavy costs to grow and process in different regions. Those are becoming bigger issues as stock values during the coronavirus pandemic remain well below their highs and consumers migrate to cheaper forms of raw flower.

Cannabis stocks have lost about 25 per cent of their value this year, despite a broader equities rally that pushed the S&P 500 Index to a record high this week. Some of the biggest decliners include multistate operators such as MedMen Enterprises Inc., which is down 70 per cent in 2020 through Wednesday, and Harvest Health & Recreation Inc., off 58 per cent.

Companies with a tighter focus have proven more resilient, such as Green Thumb Industries Inc., up 51 per cent this year.

Trulieve, which has gained 90 per cent over the span, is a case study in how a narrow focus can pay off. In the past quarter, the company boosted sales and Ebitda while opening five new stores in Florida, a state where it already has about half of the market share. Trulieve, which also raised its full-year guidance, only operates in two other states.

“We decided early on to focus on depth,” Chief Executive Officer Kim Rivers said in an interview. “That led to a loyal and repeat customer base, which is sustainable over time.” 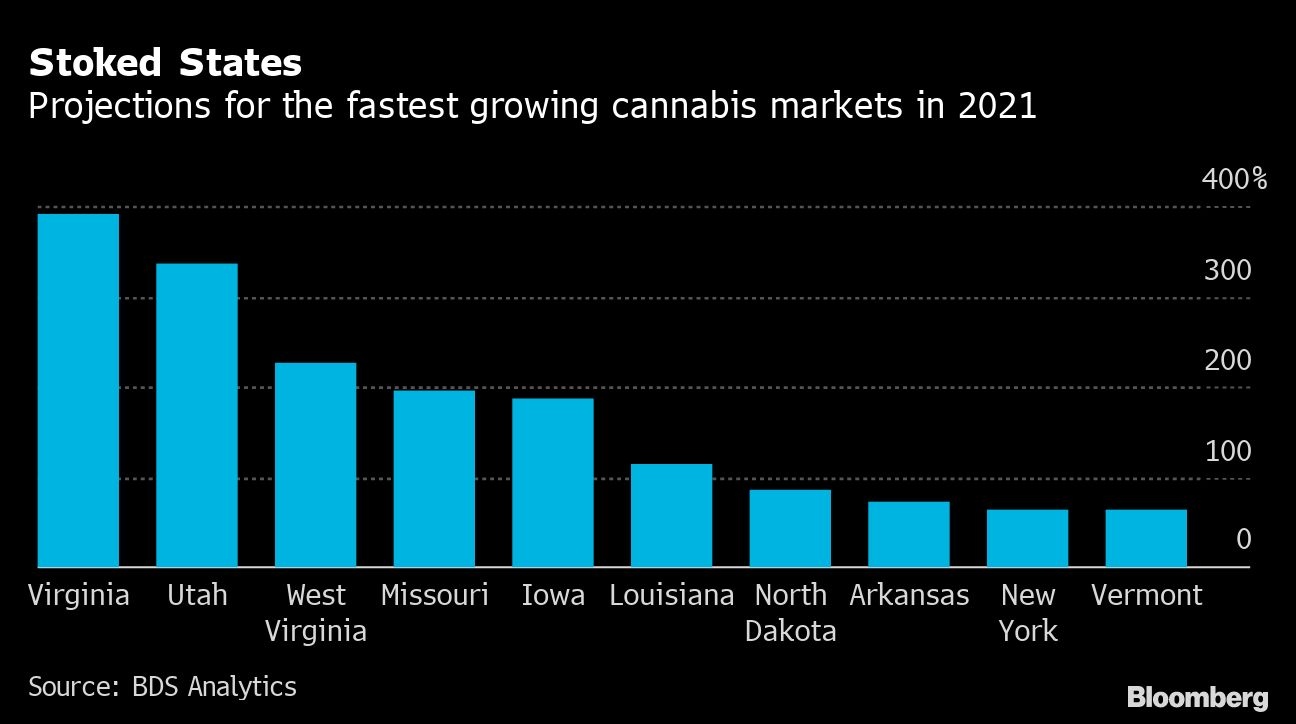 A company’s success also depends on getting a foothold in the right states. While California, Colorado and Florida are currently the largest U.S. markets, according to BDS Analytics, the fastest-growing ones for 2021 are projected to be Virginia, Utah and West Virginia.

Green Thumb benefitted this quarter from Illinois’s legalization of recreational use earlier in the year. In a research note, Cowen Analyst Vivien Azer cited the company’s geographic focus for its strong results. Illinois and Pennsylvania account for around 60 per cent of Green Thumb’s sales, with Illinois still under-supplied for adult use demand, she said.

Harvest, meanwhile, is doubling down on Arizona, which put a motion to approve recreational use on its ballot this November. The company is active in eight states, but is seen as a good investment in Arizona since it has 15 licenses and 14 active retail locations there, Eight Capital’s Graeme Kindler said in a research note.

The company recently bought Arizona Natural Selections to expand in the state, while also saying it would expand indoor cultivation and processing in Phoenix.

The moves come as some of the largest multistate operators scale back. Acreage Holdings Inc., with operations in about 15 states, reported a net loss of US$37.2 million in its second quarter and said it will sell a Maryland-based dispensary to improve profitability. Azer said the company has “the most fragmented portfolio” of the multistate cannabis companies, and as a result, it has lower sequential revenue growth than companies like Trulieve and Harvest.

MedMen expanded quickly in 2018 to Arizona, Northern California and Illinois. But it has already abandoned Arizona, and it’s losing out on other opportunities after burning through cash. The company was forced to walk away from the Virginia market even as that state’s medical program prepares to launch.

One company bucking the trend is Curaleaf Holdings Inc., whose shares are up this year. The well-capitalized operator is active in almost two dozen states and is maintaining its national ambitions.

Still, with a broad shift away from national strategies, Caltabiano, the cannabis entrepreneur, said the industry may start to look like grocery chains, which tend to favor dedicated regional networks catering to locals.

“As you look at business models, there’s something to be said for the grocery store,” he said. Regional retailers like Wegmans in the Northeast and Publix in the South have made a name for themselves because “customers in certain geographic areas tend to have similar tastes.”