Canada's debt-to-GDP could balloon to more than 48% with current federal aid, says PBO

Canada’s budget deficit will mushroom to $252.1 billion in 2020-21 on Covid-19 spending and plummeting oil prices, according to estimates from the Parliamentary Budget Officer.

The shortfall will widen to 12.7 per cent of gross domestic product in the fiscal year that began April 1, from $24.9 billion, or 1.1 per cent of output, in 2019-20, the PBO estimates. That would be the largest deficit on record when measured as a share of the economy since at least the mid-1960s, according to the PBO.

The PBO revised down its economic forecasts for 2020 based on recent government data that show a deterioration in the labor market and output. In the updated economic scenario, the PBO assumes real GDP will contract 12 per cent in 2020, also the most in at least seven decades. The previous modern record was -3.2 per cent in 1982. 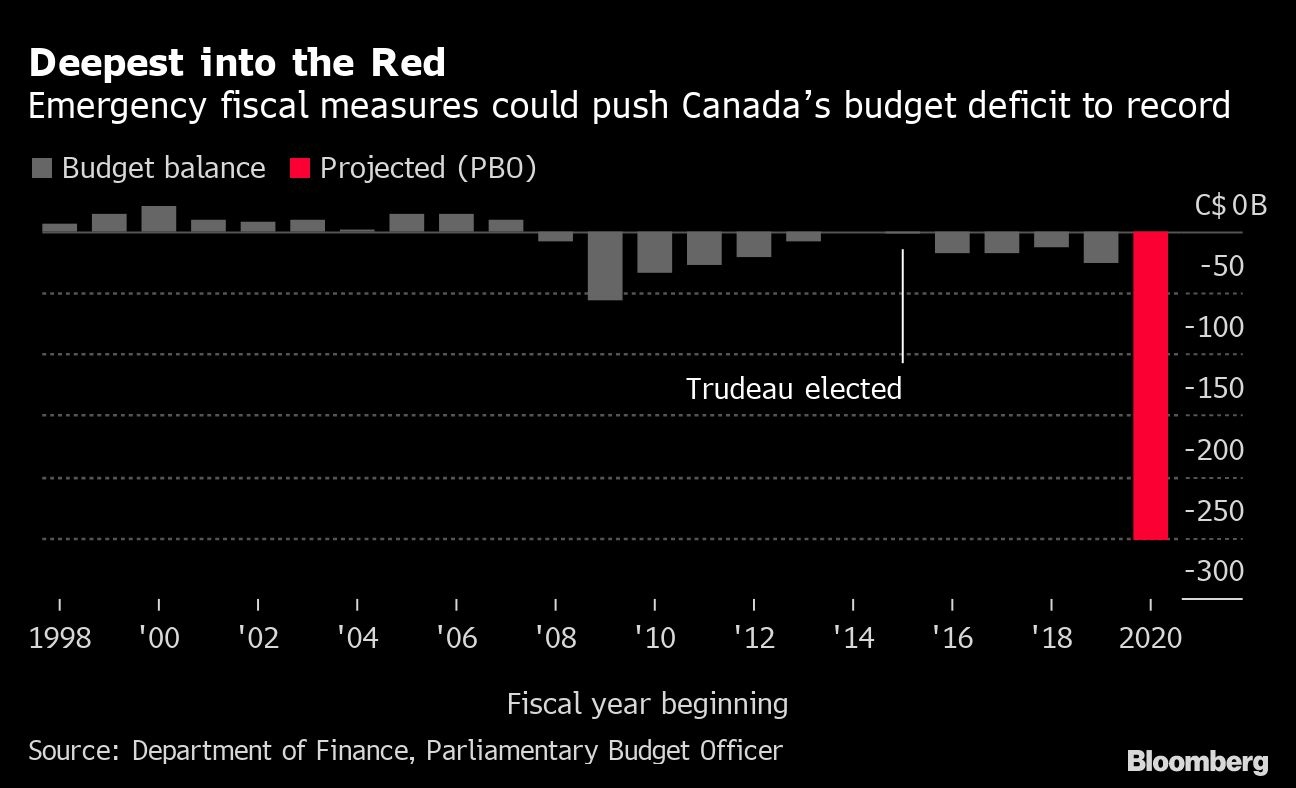 Deepest into the Red

Canada’s labour market shed more than 1 million jobs in March after strict social distancing measures and the closure of non-essential businesses took effect. The labor market will take a further hit in the second quarter with the employment rate falling to 53.8 per cent, which would be the lowest level on records dating back to 1976, the watchdog said.

The government’s budget measures are intended to be temporary, and the debt-to-GDP ratio should stabilize once the they expire and the economy recovers, according to Parliamentary Budget Officer Yves Giroux. “But if some of the measures are extended or made permanent, the federal debt ratio will keep rising,” Giroux said in an emailed statement.

Prime Minister Justin Trudeau has rolled out a wide array of programs to shield as much of the Canadian economy as possible from the impacts of the pandemic. The latest tally for these programs is $146 billion, according to the latest government estimates.