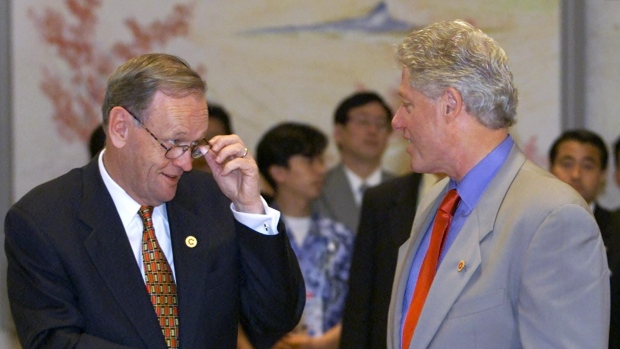 Former United States President Bill Clinton and former Canadian Prime Minister Jean Chretien are set to hold a summit highlighting the relationship between their two countries in Montreal this fall.

The two will meet on Oct. 4 at an event that will be open to the public and has been organized by the Canadian American Business Council. It’s part of a series of events featuring former heads of government from the two countries and which celebrate Canada’s 150th anniversary of confederation.

The meetings come at a fraught time of Canada-US relations, as President Donald Trump has repeatedly threatened to renegotiate NAFTA and accused Canada’s softwood lumber and dairy industries of unfair trade practices.