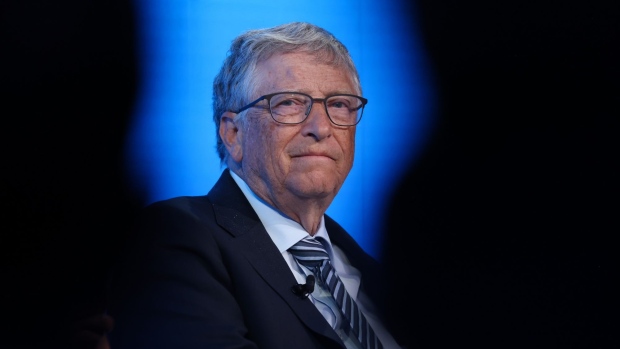 Bill Gates, co-chairman of the Bill and Melinda Gates Foundation, during a panel session on day two of the World Economic Forum (WEF) in Davos, Switzerland, on Tuesday, May 24, 2022. The annual Davos gathering of political leaders, top executives and celebrities runs from May 22 to 26. Photographer: Hollie Adams/Bloomberg , Bloomberg

SK will invest $250 million to add a stake in the technology developer, which aims to commercialize smaller and cheaper designs than conventional nuclear plants, the companies said Monday in separate statements.

“Nuclear will become a vital part of our energy transition,” Kim Moohwan, executive vice president of a green investment center at SK Inc., the holding company of SK Group, said in an interview. “In terms of safety, economic viability and applicability of the technology, TerraPower’s smaller reactors stand out the most to us.”

Bellevue, Washington-based TerraPower, founded by Gates in 2006, will use proceeds of the funding round to continue development of advanced nuclear technology, and on work to use nuclear isotopes to develop new cancer drugs, the company said in its statement.

Efforts to advance small modular reactors, known as SMRs, have been gaining global momentum as nations increasingly look to nuclear power as a key tool in tackling climate change, and aim to lower the huge costs of existing plants. Nuclear capacity may need to double for nations to achieve net-zero emissions by mid-century, according to the International Energy Agency.

TerraPower’s planned reactors are intended to be manufactured in factories and delivered to approved sites, cutting costs and avoiding potential construction delays. A first test plant is being developed at a shuttered coal site in Wyoming and set to go into service in 2028. Globally, more than 70 SMRs are under development, according to the International Atomic Energy Agency.

Based on market research, SK expects smaller reactors will account for more than half of the global nuclear fleet by 2050, said Kim, whose office is focused on long-term investments and on efforts to cut the conglomerate’s carbon footprint.