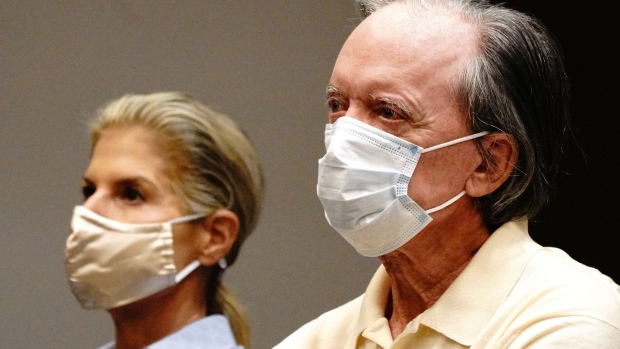 (Bloomberg) -- Bill Gross’s Southern California neighbor says the billionaire should be jailed for five days for violating a judge’s order not to play loud music because it’s the only way he’ll get the message that he must abide by it.

After hearing from Gross’s lawyer Patricia Glaser, who argued Towfiq failed to prove his case beyond a reasonable doubt, Judge Kimberly Knill had just one question.

“If I find your client in contempt, what’s your recommended sentence?” Knill asked Glaser.

“No matter how rich or poor people are, no one likes to pay monetary sanctions,” she said.

The trial is the latest turn in a yearlong dispute between the two neighbors that blew up when Gross put a netting over a piece of art in his yard. Towfiq complained to the city and Gross and his wife, Amy, responded by playing music loudly, often replaying themes to old TV shows, including “Gilligan’s Island.”

In December, Knill ordered Gross to stop playing loud music in his yard when he or his wife weren’t outdoors themselves, and to keep at least five yards away from Towfiq and his wife. The judge set the restraining order to be in place for three years.

Towfiq claims Gross violated that order in July when he again played loud music, had pointed high-power speakers at Towfiq’s home and earlier installed a 15-foot umbrella to impede his neighbor’s view.

Scolnick replayed for the judge videos from Towfiq and police officers who responded to the scene in which music from the Grosses’ yard could be heard at Towfiq’s home, as well as video from Amy Gross’s phone in which she yells loudly “I am outside” while taking a selfie in her pool.

Scolnick also said Bill and Amy Gross lied repeatedly when they testified, so anything they said shouldn’t be believed.

Bill and Amy Gross continue to show their contempt for the court, Scolnick said. “Enough is enough.”

But Glaser said Towfiq failed to provide any proof the noise level on his property was above 60 decibels after 10 p.m., as required by the Laguna Beach municipal code for a noise violation.

“Mr. Towfiq didn’t have or use a decibel meter,” Glaser said. Neither did the police, she said. And she called the video evidence “unreliable.”

She suggested that the judge order the installation of a decibel meter between the properties and order the Grosses not to play music above 65 decibels.

Glaser said she was taken aback by Scolnick’s suggestion that the Grosses be jailed for violating the order.

“I can’t imagine it’s in the best interest of Orange County to put Mr. Gross and Ms. Gross in jail,” Glaser said.

Scolnick rejected the idea of a neutral decibel meter, saying the Grosses would find a way to continue to annoy their neighbors.

When Glaser asked to respond to Scolnick’s rebuttal, the judge shut her down.

“I’ve heard almost all that I can take,” Knill said.