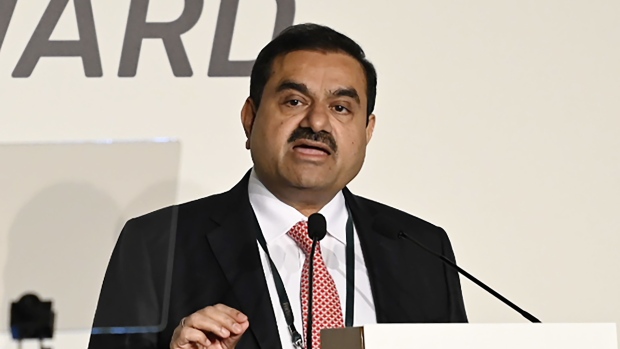 Gautam Adani, chairman of Adani Group, speaks during the Forbes CEO Summit in Singapore, on Tuesday, Sept. 27, 2022. India needs fossil fuels to serve large populations and getting rid of all fossil fuels instantly would not work for the nation, Adani said. , Bloomberg

China’s Belt and Road Initiative has run into resistance in many countries, challenging Beijing’s global ambitions, the world’s third-richest man told a conference in Singapore on Tuesday. The property market meltdown there has drawn comparisons with what happened to Japan during the “lost decade” of the 1990s, he added.

“While I expect all these economies will readjust over time -- and bounce back -- the friction to the bounce-back looks far harder this time,” he said.

Adani’s comments on China and the global economy come at a time when the 60-year-old ports-to-power tycoon is seeking to raise his international profile as he added more than $58 billion to his personal fortune this year. Central banks are doing the “unthinkable” by raising interest rates so much that they can crash an economy into recession, he said.

He also hit back at criticism over India’s plans to increase the amount of power it generates from dirty fossil fuel as the tycoon funds and straddles both sides of the green-energy divide.

“Critics would have us instantly get rid of all fossil fuel sources that India needs to serve large population,” he said. “This would not work for India.”

Adani’s conglomerate is marshaling its resources into renewables and the billionaire reiterated his plans to invest $70 billion for transition. At the same time, Adani has faced pressure from environmental groups who claim his energy ambitions also include the financing of new coal mines and fossil-fuel powered plants.

The tycoon’s comments mirror those of Prime Minister Narendra Modi, who has blamed climate change on historic emissions from the developed world and made it his mission to provide electricity to every Indian home, for which he needs cheap fuel.

Despite being the world’s third-biggest emitter of greenhouse gases, India will add nearly 56 gigawatts of coal power capacity unless there’s a substantial drop in the cost of storing electricity as the government prioritizes economic growth and reliable electricity supply, Power Minister Raj Kumar Singh told Bloomberg News this month.