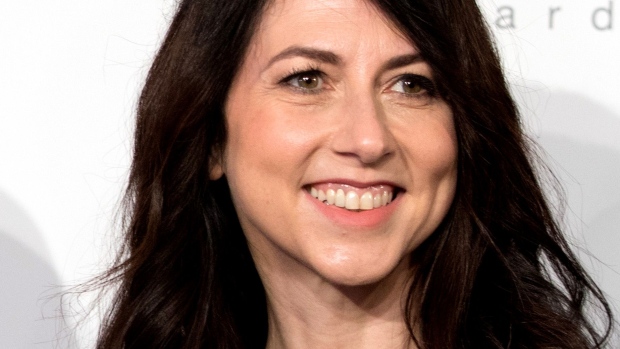 MacKenzie Scott, the ex-wife of Jeff Bezos and one of the world’s richest women, has married a Seattle science teacher, who promptly declared he plans to help give away most of their wealth to charity.

Dan Jewett, a teacher at the private Lakeside School, signaled the marriage on the website for the Giving Pledge, the movement created by Bill and Melinda Gates and Warren Buffett to encourage billionaire philanthropy.

“In a stroke of happy coincidence, I am married to one of the most generous and kind people I know—and joining her in a commitment to pass on an enormous financial wealth to serve others,” Jewett wrote in a March 6 post under Scott’s page on the pledge’s website.

Jewett said in the letter he’s been a teacher for the majority of his life and has never “sought to gather the kind of wealth required” for charity pledges.

Scott, 50, is the world’s 22nd-richest person with a net worth of US$53.5 billion, according to the Bloomberg Billionaires Index. Since the Bezoses’ divorce in 2019, she’s become one of the most important philanthropists of her generation. Scott gave away almost US$6 billion last year, probably a record annual distribution for a living person. The money primarily went to small charities and institutions such as historically Black colleges that don’t necessarily benefit from billionaire largesse.

Writing on Medium last year, Scott said that she had asked her team to figure out how to give away her money faster.

“Dan is such a great guy, and I am happy and excited for the both of them,” Bezos said in a statement through an Amazon spokesman. The Wall Street Journal first reported on the marriage.

Bezos, the founder of Amazon.com Inc., is the world’s richest person with a US$176.6 billion fortune, according to the ranking.