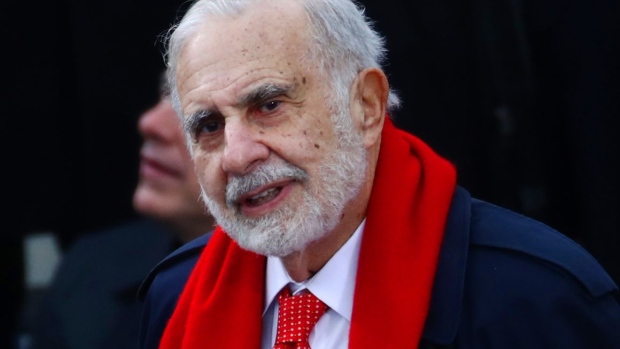 Billionaire activist investor Carl Icahn, center, and Robert Kraft, chairman and chief executive officer of the New England Patriots LP, left, arrive during the 58th presidential inauguration in Washington, D.C., U.S., on Friday, Jan. 20, 2017. Donald Trump will become the 45th president of the United States today, in a celebration of American unity for a country that is anything but unified. , Photographer: Andrew Harrer/Bloomberg

(Bloomberg) -- Southwest Gas Holdings Inc. confirmed that billionaire Carl Icahn made an unsolicited tender offer for its outstanding shares and said its board of directors will review the offer.

Southwest will announce its view on the offer within 10 business days and the company advised shareholders to take no action at this time, the company said in a statement Wednesday.

Icahn tweeted his offer to buy Southwest shares at $75 per share earlier Wednesday morning. He has argued that Southwest’s takeover of pipeline company Questar is “ill-advised.”