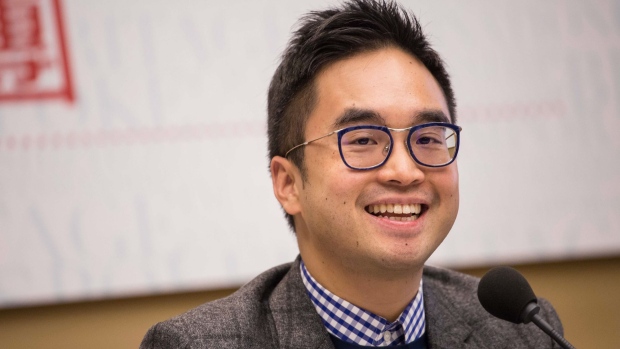 (Bloomberg) -- Chow Tai Fook Enterprises Ltd., backed by Hong Kong billionaire Henry Cheng, is preparing to kick off the sale of Australian power company Alinta Energy, in a deal that could value it at about $3 billion, people with knowledge of the matter said.

Chow Tai Fook is working with Goldman Sachs Group Inc. on the potential divestment, said the people, who asked not to be identified as the information is private. The company has reached out to several prospective suitors to gauge interest in Alinta and is planning to formally launch the sale process as soon as the coming weeks, the people said.

Deliberations are ongoing and details such as timing and price may change, according to the people. A spokesperson for Goldman Sachs declined to comment, while representatives for Chow Tai Fook Enterprises and Alinta Energy didn’t immediately respond to requests for comment.

Alinta Energy sells gas and electricity to more than a million households and employs around 800 people across Australia and New Zealand, its website shows. It generates about 3,000 megawatts of power.

Cheng’s company bought Alinta Energy for more than $3.1 billion in 2017, Bloomberg News reported at the time. It acquired the Loy Yang B coal power station in Victoria for about A$1 billion ($702 million) the following year. Henry Cheng has a net worth of $24.2 billion, according to the Bloomberg Billionaires Index. His family controls Hong Kong-based real estate developer New World Development Co., and jewelry retailer Chow Tai Fook Jewellery Group Ltd.