Vancouver housing prices have become so hot that Canadian business magnate Jim Pattison said he’s concerned it’s causing employees at his investment company to quit their jobs because they can no longer afford to live in the city.

“Anybody that lives here has never seen anything like it before,” the billionaire investor told BNN in an interview.  Pattison said if people can’t afford to live where they work, it will have a “huge impact on the entire labour force.”

In an attempt to cool Vancouver’s hot housing market, the B.C. government implemented a 15-per-cent tax on foreign homebuyers in August, which Pattison admits has already had an impact, “at least in the short run.”

“It has dampened the prices here, which frankly, I think is a good thing,” Pattison said of the levy. “But I think it’s probably too early to really tell.”

Vancouver home sales plunged nearly 33 per cent in September, compared to the same month the previous year, according to data from The Real Estate Board of Greater Vancouver. The benchmark price for residential properties jumped to $931,000, a 28.9 per cent increase from the same month last year, but was down 0.1 per cent compared to August 2016 prices.

Pattison’s privately-held investment company Jim Pattison Group employs thousands of people and owns everything from the Ripley’s Believe It or Not franchise, to the popular canned seafood label Ocean Brands.

The entrepreneur celebrated his 88th birthday earlier this month in South Korea, where he says the local government where he was staying threw him a surprise dinner party. 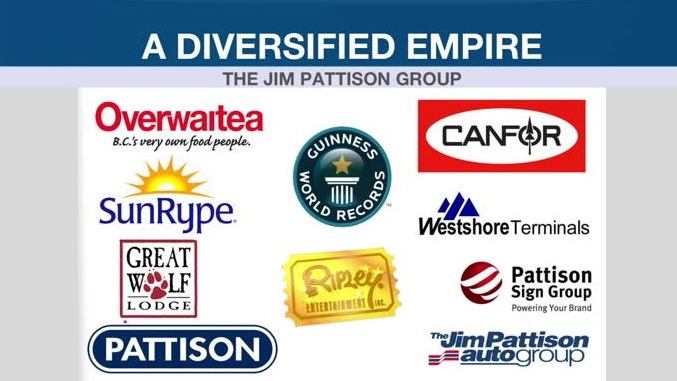