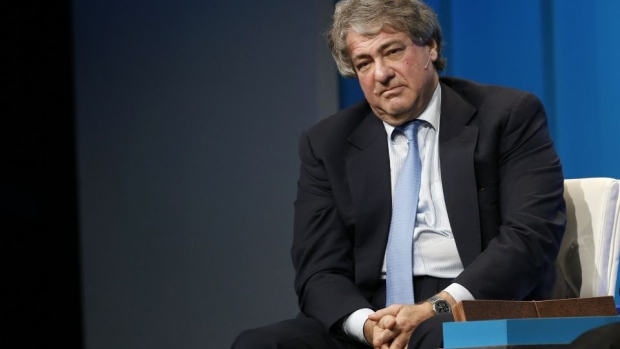 (Bloomberg) -- Leon Black escalated his fight against former business partner Josh Harris, naming him as a defendant in a lawsuit that lays bare the bitter battle for control of Apollo Global Management Inc. last year.

The expanded allegations, in an amended complaint on Monday, add to a lawsuit initially brought in October against former Russian model Guzel Ganieva.

The revised claim portrays the drama within the storied New York investment firm as a Shakespearean tragedy, accusing Harris, a co-founder of the firm, of organizing a coup to overthrow Black and become the chief executive officer of Apollo.

When that failed, Harris retaliated by working with Ganieva, who’s accused Black of sexual assault, “to assassinate his character and extort even more from him,” Black’s lawyers wrote in the filing.

Black, 70, first directly accused Harris of engaging in a smear campaign to overthrow him last week as part of the ongoing litigation with Ganieva.

At the time, a representative for Harris called those accusations “desperate and absurd” and said he had never met or spoken with Ganieva or anyone representing her.

The saga between the billionaires started when Harris sought to take over Apollo, the lawsuit alleges. Seeking leverage, Harris tried to challenge a report produced by law firm Dechert that found Black paid sex offender Jeffrey Epstein $158 million for tax advice, while not engaging in any wrongdoing. Black and Apollo’s board instead promoted Marc Rowan to be CEO.

“Like Shakespeare’s Iago, enraged by being passed over for promotion, he turned his wrath on his mentor and leader,” Black’s legal team wrote of Harris in the filing. “Harris convened a veritable war cabinet of advisers to take on the founder, the report, and Apollo itself -- his very own company.”

The lawsuit refers to the ever expanding “war council” that drew in other business and public relations executives, also naming Steven Rubenstein, whose firm has long worked for Apollo performing media relations, as a defendant.

In the new court documents, Black’s legal team contends that Harris associates called lawyers last January, including Alex Spiro of Quinn Emanuel, a firm that’s representing Black, to see if any of them would take a case “adverse to Leon Black.” They claimed to be “reaching out on behalf of a faction at Apollo.”

“One of the most important pieces of new evidence is a documented effort by Josh Harris and his immediate circle to hire a lawyer to represent Ganieva against Leon Black,” Black’s lawyer, Susan Estrich, said in a statement to Bloomberg. “As early as January, Josh and his associates were drawing analogies to Weinstein -- months before Ganieva ever went public.”

Black, who’s worth $12 billion, according to the Bloomberg Billionaires Index, stepped down as chairman of Apollo last year and also withdrew from roles including chairman of New York’s Museum of Modern Art. He continues to fight the civil claims from Ganieva, maintaining their years-long affair was consensual.

(Updates with Black fortune and role in last paragraph.)