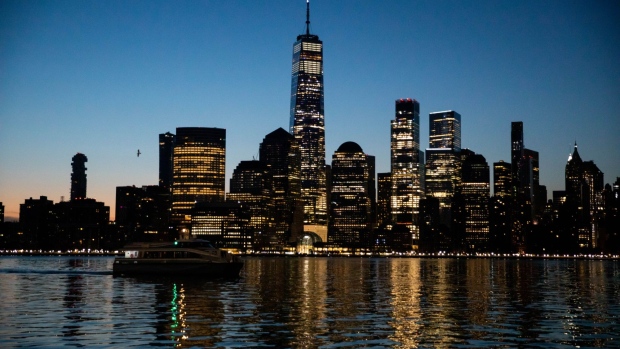 (Bloomberg) -- MBK Partners, a North Asia-focused private equity firm founded by billionaire Michael Kim, has agreed to sell a roughly 13% stake to Dyal Capital Partners, according to people with knowledge of the matter.

The transaction is valued at about $1 billion, the people said, asking not to be identified because the information is confidential. The move is designed to fuel MBK’s expansion in the region and bolster its global investor base, one of the people said.

Beyond private equity and special situations funds, the asset manager is looking at expanding in real estate and growth capital investing, one of the people said. It’s expanding as cash-rich rivals are bidding up valuations, while navigating a Chinese regime increasingly suspicious of offshore investments in its most-sensitive sectors.

MBK followed in the footsteps of rivals in Asia such as PAG and Baring Private Equity, which sold minority stakes to global firms in 2018 and 2016, respectively. The alternative investment market in Asia is set to experience explosive growth in the coming years, with private capital assets under management on course to reach $6 trillion by 2025, according to Preqin.

An MBK media representative declined to comment, as did a spokesman for Blue Owl Capital Inc., which counts Dyal as a subsidiary.

Global private equity firms have expanded in Asia beyond leveraged buyouts in the past few years. KKR & Co. has added assets in strategies such as real estate and infrastructure and advising portfolio companies on capital markets financing, while Bain Capital and Carlyle Group are seeking to grow in the credit business.

MBK distributed $3.6 billion in dividends in 2020, its second highest annual payout ever. The firm has delivered the biggest realized proceeds among Asia-based private-equity firms, totaling $14.4 billion in the past 16 years, according to a 2020 letter to investors. It’s the only major buyout fund in the world to focus exclusively on Greater China, South Korea and Japan. Founded in 2005 by Michael Kim, Kuo-Chuan Kung and four other senior Asian executives from Carlyle Group, it takes its name from Kim’s full name, Michael ByungJu Kim.

New York-based Dyal, which buys stakes in asset managers including private equity firms and hedge funds, raised more than $9 billion for its largest-ever fund in 2019. It combined with a blank-check firm and Owl Rock to form Blue Owl.