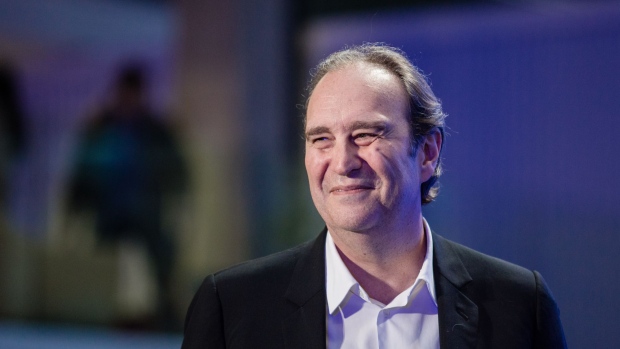 Xavier Niel, billionaire and deputy chairman of Iliad SA, reacts during the inauguration of the LVMH start-up accelerator at Station F technology campus in Paris, France, on Monday, April 9, 2018. The accelerator aims to encourage entrepreneurs who are developing new technologies and services for the luxury industry. , Bloomberg

(Bloomberg) -- Iliad SA, the French carrier backed by telecom billionaire Xavier Niel, has made an offer for Vodafone’s Italian unit, people with knowledge of the matter said.

The French company submitted a bid to Vodafone’s board last week, the people said, asking not to be identified because the information is private.

Bloomberg previously reported that activist investor Cevian Capital AB has taken a stake in Newbury, England-based Vodafone and is agitating for change, including selling some operations or pursuing stock buybacks.

Iliad is also considering a move to purchase a rival phone carrier in Italy if the opportunity arises, local unit Chief Executive Officer Benedetto Levi said in an interview Tuesday with Bloomberg News in January.

Iliad moved into the Italian mobile services market in 2018 as a no-frills challenger, sparking a price war that last year led to three profit warnings by ex-monopolist Telecom Italia SpA.

Italy is one among world’s most competitive markets for mobile services, with rivals including CK Hutchison Holdings Ltd’s Wind Tre SpA already active.

Representatives from Vodafone and Iliad could not be reached for comment.