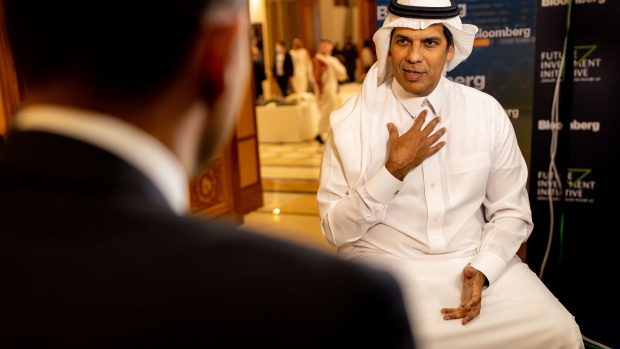 The Olayan family, which runs one of Saudi Arabia’s biggest conglomerates, may revive plans to take some of its companies public.

Olayan Financing Co. is considering an initial public offering of a holding company of about 25 units, Chief Executive Officer Nabeel Al-Amudi said in an interview with Bloomberg Television. It’s also weighing an IPO of some of its operating firms, he said in Riyadh on the sidelines of Saudi Arabia’s flagship investment forum.

“We are ready to roll,” Al-Amudi said. “Now the infrastructure is there.”

The Olayan family put its listing plans on hold in 2017 amid slow economic growth in the kingdom, Bloomberg reported at the time. Olayan had been working with Saudi Fransi Capital on the planned sale of the holding company, which may have been worth as much as $5 billion, people familiar with the matter said then.

“It was put back for various reasons including that the performance wasn’t where it needed to be,” said Al-Amudi, who was named CEO in May. “We’ve just seen a number of very successful IPOs in the Saudi market that we participated in as investors.

Established in 1969, Olayan Financing controls the billionaire family’s investments in the Middle East. It’s the majority shareholder of Olayan Saudi Holding Co., whose portfolio includes companies in five sectors, according to its website.