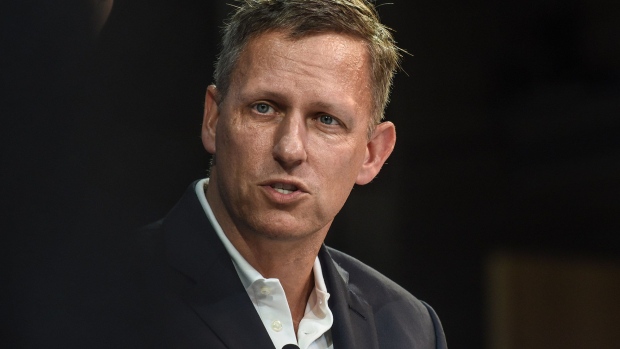 (Bloomberg) -- Billionaire investors Peter Thiel and Christian Angermayer have thrown their weight behind a technology startup that promises to help neurologically impaired patients regain lost skills with the aid of electrodes connecting the human brain with computers.

The Utah-based company, Blackrock Neurotech, was granted $10 million from the investors to expand its clinical studies and research capabilities, it said in a statement Wednesday. There’s no connection with BlackRock Inc., the fund manager.

Founded by German duo Marcus Gerhardt and Florian Solzbacher in 2008, the company makes so-called brain-computer interfaces, or BCI. The devices are akin to mini-computers equipped with electrodes that are implanted in different regions of the brain, where they pick up signals -- similar to thoughts -- and convert them into electrical signals.

The devices can help patients regain their eyesight or the ability to hear and talk again. In some of the most high-profile cases, the technology enabled fully paralyzed patients to either control robotic prosthesis directly with their brain or move their own limbs again. In another breakthrough, the technology allows patients suffering from amyotrophic lateral sclerosis, or ALS, even in a fully locked-in state to communicate via an auditory speller controlled by their mind.

Blackrock Neurotech operates at the forefront of a sector that’s still in its infancy. Of the just 30 patients worldwide using the technology, 28 have worked with the Salt Lake City-based company. Elon Musk’s startup Neuralink recently unveiled a BCI device implanted in a monkey’s brain.

While the devices for these patients are all individualized, Blackrock Neurotech aims to use some of the funds to ramp up production and offer its tools to patients worldwide, Gerhardt said in an interview.

“Enabling people to walk, talk, see, hear and feel again is already a massive market, as more than 5 million people in the U.S. are living with some form of paralysis,” investor Angermayer said in a statement.

Forays into connecting human brains with computers have increasingly attracted funds in the past years. Bryan Johnson, founder of the payments service Braintree, has committed $100 million to a BCI startup called Kernel. Facebook Inc. is developing a skullcap it says will allow users to mentally type their thoughts at 100 words per minute.