Canada’s billionaire Weston family may look for deals in its namesake food business after restoring its profitability, according to Scotia Capital Inc.

Weston Foods, which makes bread, doughnuts and other baked goods under a variety of brands, contributes an estimated four per cent of George Weston’s revenue and “the company has stated that this business would eventually become larger via M&A or could possibly be divested,” Baker wrote after hosting a call with Richard Dufresne, George Weston’s president and chief financial officer.

“The first order of the day is to restore Weston Foods to its previous level of profitability,” which was $275 million in earnings before interest and taxes, she wrote. Any mergers or acquisitions would likely be focused on building out existing assets in North America, the report said. 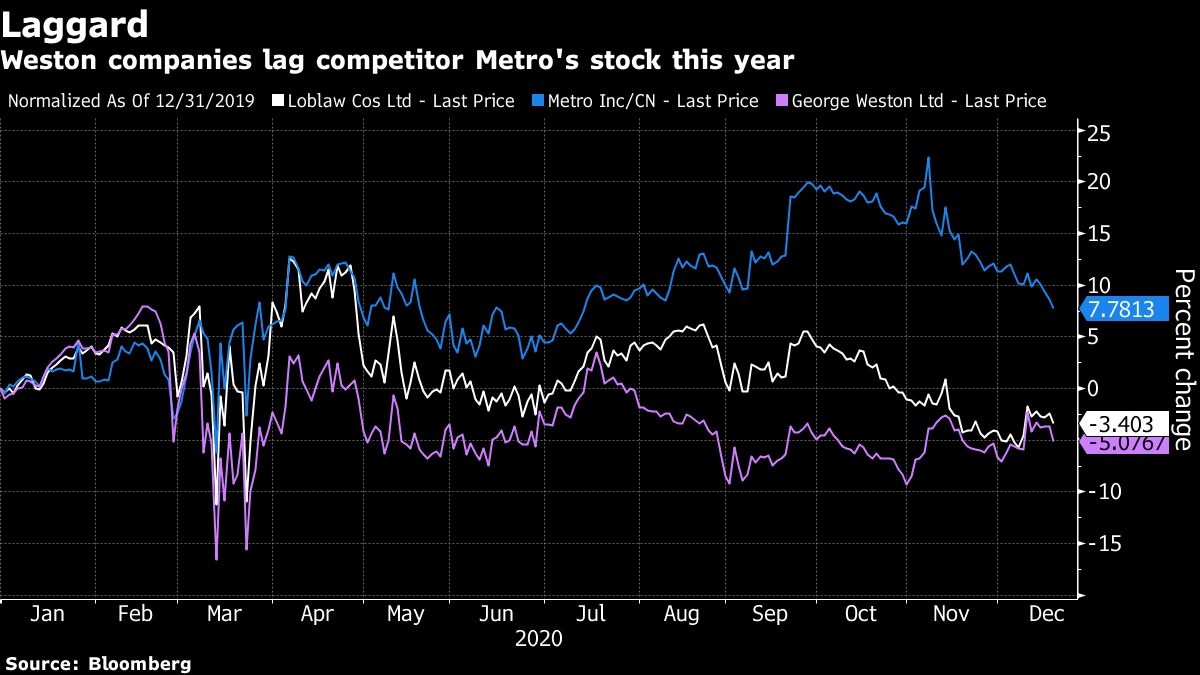 George Weston’s most valuable asset is its 53 per cent stake in Loblaw, which is Canada’s largest grocery chain by market value but has lagged rivals Metro Inc. and Empire Co. Ltd. this year.

“There is no denying that the performance at Loblaw in 2020 was truly disappointing, and Mr. Dufresne admitted this to be the case,” Baker said.

Weston management “does not have an issue with the Loblaw strategy and endorse it. However, they are concerned about the execution in 2020 and the serious lack of operating leverage in results year-to-date.”