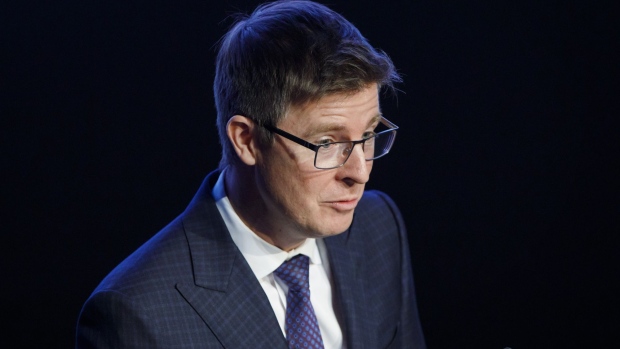 Galen Weston, chief executive officer of Loblaw Cos., speaks during the company's annual general meeting in Toronto, Ontario, Canada, on Thursday, May 2, 2019. A challenging retail environment is pushing Loblaw to be price competitive. The company intends to bolster volume growth in items sold, even as same-store sales and revenue gains remain sluggish. , Bloomberg

(Bloomberg) -- Canada’s billionaire Weston family is selling its namesake food-making division, choosing to focus instead on its supermarket and drug store chains and its vast real estate holdings.

George Weston Ltd. said Tuesday it had hired Canadian Imperial Bank of Commerce and Houlihan Lokey to sell the Weston Foods division, which makes bread, doughnuts and other baked goods under a variety of brands, including Wonder bread.

The unit had revenue of C$2.1 billion ($1.7 billion) last year but has struggled to get bigger, the company said. It contributes about 4% of George Weston’s revenue, a Scotia Capital analyst estimated in December. Adjusted earnings before interest, taxes, depreciation and amortization were C$200 million last year.

“In the absence of attractive opportunities to increase its relative scale within the company, the board believes that a sale represents the best opportunity to unlock its growth potential,” George Weston said in a written statement. Proceeds will likely be returned to shareholders through stock buybacks over time, the company said.

George Weston’s most valuable asset is its 54% stake in Loblaw Cos., Canada’s largest grocery chain by market value and owner of a chain of drug stores. It also owns 17% of Choice Properties REIT, the country’s biggest real estate trust by market value, which owns retail properties and residential developments.