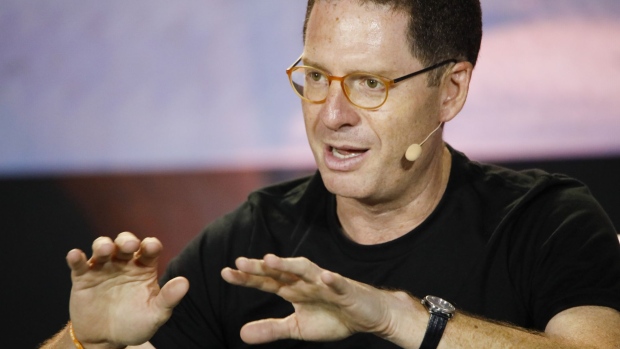 Brian Brooks, chief executive officer for the U.S. for Binance Holdings Ltd., speaks during the Bitcoin 2021 conference in Miami, Florida, U.S., on Friday, June 4, 2021. The biggest Bitcoin event in the world brings a sold-out crowd of 12,000 attendees and thousands more to Miami for a two-day conference. , Bloomberg

(Bloomberg) -- Binance.US Chief Executive Officer Brian Brooks is stepping down just months into his tenure amid a slew of compliance setbacks and regulatory scrutiny tied to the crypto exchange’s sister company.

Brooks announced his resignation in a Friday tweet, saying he wished his colleagues success despite “differences over strategic direction.” A former Comptroller of the Currency during the Trump administration, Brooks joined Binance.US in May.

The U.S. firm shares a name with Binance Holdings Ltd., the world’s biggest cryptocurrency exchange. Binance Holdings faces a U.S. Justice Department investigation into whether its platform has facilitated money laundering and tax evasion. Numerous countries have also announced probes and demanded that Binance affiliates cease operations within their borders.

Binance Holdings CEO Changpeng “CZ” Zhao said last month that he would step down once he identifies a successor, that the company would make changes to secure licenses in various jurisdictions and that he would name multiple regional leaders for the company.

Binance.US tweeted out a Friday statement from Zhao confirming Brooks’s resignation. In the statement, which identified Zhao as the company’s chairman, he said Binance.US will continue to grow, while adding that the transition won’t impact the exchange’s customers. Zhao separately published another tweet thanking Brooks for his time at the company.

U.S. officials have long been concerned that criminals are using crypto exchanges to conceal transactions linked to everything from drug trafficking to ransomeware cyberattacks. Amid that backdrop, hiring a former bank regulator like Brooks was seen as a move that could give Binance.US more legitimacy and make government watchdogs confident about the company’s adherence to rules.

Brooks told Bloomberg in a May interview that he considered it a pivotal part of his job to explain to regulators that the company has a “heavily compliance-focused approach.”

In the interview, Brooks sought to downplay ties to Binance Holdings. He said Binance.US operates independently and merely licenses the Binance name and some of its technology for a fee.