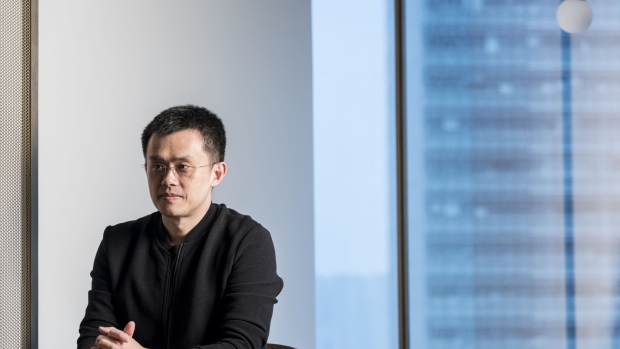 (Bloomberg) -- The world’s biggest crypto exchange, Binance, is looking for a new chief executive officer as it’s retooling to address concerns of regulators from around the world, current CEO Changpeng “CZ” Zhao said in a news conference call Tuesday.

Facing a slew of probes and consumer warnings, Binance plans to change its mindset from being a tech startup to acting as a financial institution, with all related licensing and compliance procedures in place, Zhao said. The company, which previously said it is not based anywhere, also plans to establish multiple headquarters around the world, and to appoint senior people steeped in compliance as regional CEOs, Zhao said. It’s also applying for licenses “everywhere,” he said.

The strategy shift comes as Binance is being scrutinized in the U.S. by the Justice Department, the Internal Revenue Service and other agencies. Earlier this month, Thailand’s Securities and Exchange Commission filed a criminal complaint against Binance. The Cayman Islands’ financial regulator said Binance wasn’t authorized to operate in the territory.

“Longer term, playing within the rules, 100% compliant, it’s much better to play within the confines of that,” Zhao said. “That trade-off is very, very clear.”

Founded in 2017, much later than many other exchanges, Binance has quickly gained market share by being more aggressive and paying less attention to regulations than rivals such as Coinbase Global Inc. It’s now the world’s biggest crypto spot as well as derivatives exchange. It also issues its own coins, such as Binance Coin, which has a $52 billion market cap -- the fourth-biggest among cryptocurrencies in the world.

While the company already has a compliance department with several hundred people, it’s planning to further boost compliance hires, especially of senior people. Some of the senior people steeped in compliance could become Zhao’s successors, he said.

“Being CEO of any company is a very demanding job, I don’t mind taking a break,” Zhao said. “We are serious enough to look for a compliance background person to lead the organization. I would be honored to lead Binance as a regulated financial institution until we find someone who may do a better job than I do.”