Bioasis is bringing hope to patients impacted by rare and orphan diseases - BNN Bloomberg
{{ currentBoardShortName }}
Markets
As of: {{timeStamp.date}}
{{timeStamp.time}} 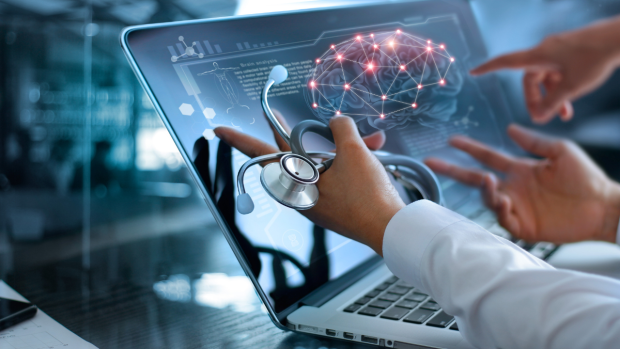 One of the body’s important defence mechanisms, the blood-brain barrier, has long hindered the effective treatment of many conditions as most drugs can’t get past it and into the brain. A tightly-woven border of endothelial cells, the barrier allows nutrients through to the brain from the bloodstream but blocks potentially harmful and any larger substances – including drugs and other therapeutics.

“It’s all about the patients who need these therapies, so the more partnerships we can form around therapies and get into clinical trials the more hope we can bring to patients that have these very serious neurological conditions.” – Deborah Rathjen, Executive Chair, Bioasis Technologies Inc.

Bioasis Technologies Inc. (TSXV: BTI | OTCQB: BIOAF) has spent the last decade developing a technology to effectively move treatments across the blood-brain barrier without harming it, one that would be a neutral carrier capable of pairing with a broad range of drugs, enzymes and antibodies developed to treat specific conditions. The company has partnered with numerous pharmaceutical companies that are currently developing treatments based on the proprietary platform, known as xB3.

“Our aim is to have as many potential therapies containing the xB3 peptide into clinical development as quickly as possible, mostly through partnerships but also through our internal pipeline,” says Bioasis’ Executive Chair, Deborah Rathjen. “It’s all about the patients who need these therapies, so the more partnerships we can form around therapies that enter clinical development the more hope we can bring to patients that suffer from very serious neurological conditions.”

The company has recently signed a pair of agreements entering partnerships with established pharmaceutical companies working on therapies in preclinical development – Janssen Biotech, a Johnson & Johnson company, and Neuramedy Co., a biotech company developing treatments for neurodegenerative diseases such as Parkinson’s.

Neuramedy has developed an antibody, called Tomaralimab, which has showing potential in treating Parkinson’s and Multiple System Atrophy.

More recently, Bioasis reinforced its focus on rare diseases by entering into an asset purchase agreement with the owners of Cresence AS to acquire its epidermal growth factor (EGF) platform. The addition of this key intellectual property provides the company a Phase 2 ready molecule which has already been tested in humans and is synergistic with Bioasis’ existing technology and therapeutic areas of interest.

EGF1-48 or Cres101 has potential in the treatment of diseases such as Guillain-Barre Syndrome, Chronic Inflammatory Demyelinating Polyneuropathy, and more. With this transformative agreement, Bioasis hopes to combine its newly acquired EGF therapies with its existing xB3 platform.

xB3 is a peptide, a tiny, neutral string of amino acids. Unlike other treatments that can penetrate the blood-brain barrier, xB3 does not alter anything in the body or cause any damage. Rather, it attaches itself to receptors on the outside of the blood-brain barrier and passes through that barrier with its payload of therapeutics.

xB3’s development dates to 2011, when Bioasis started working with a protein that naturally exists in the body in very low concentrations and is able to cross the blood-brain barrier in the same way xB3 can. However, the protein was too large (at least by the blood-brain barrier standards), so it could not carry much of a payload through the barrier’s cells. The carrier and its payload must be small enough to fit through the tiny cells in the barrier.

Bioasis’ scientists digested that protein in the lab, breaking it down into components, and then tested each component. The researchers struck on the xB3 particle – effective at moving through the barrier with no damage or impacts, small enough to carry a sufficient amount of payload to be a ‘therapeutically relevant dose.”

It took the lab until 2016 to optimize the technology. Since then, they have been working to develop the treatments it can carry.

The payload attached to the xB3 carrier can be varied and is intended to treat a condition directly within the brain – an enzyme that replaces one absent from the brain due to any number of rare genetic disorders present from birth, an antibody that treats one of the numerous types of dementia, a cancer-fighting compound or a drug that treats Parkinson’s.

“The scope of the use of this platform is almost limitless in terms of brain conditions,” Rathjen says.

Rathjen adds that discovering treatments for Alzheimer’s that slow its progression or ultimately cure it is something of a ‘holy grail’ in their industry, given how many people the disease impacts and the struggle of treating it with existing therapies.

“There are a few treatments that might slow Alzheimers progression for a period of time, but mostly treatment is about managing the impacts of the condition,” she says. “There’s a lot of work to do to come up with the breakthrough therapies that can enter the brain and be effective. For example, a lot of companies have been working very hard on antibodies that could treat the disease, but antibodies do not normally cross the blood-brain barrier. Our technology could solve that by enabling antibodies to cross into the brain.”

Similar situations exist with a broad range of disorders where there are no effective treatments available due, in part, to challenges getting across that barrier.

“That’s our whole mission as a company.”

Dr. Mei Mei Tian is Bioasis’ Vice President and Head of External Research. She is responsible for working with partners in applying xB3 in their work.

“What we are doing with xB3 is creating a platform technology, one that works with a wide range of payloads,” Dr. Tian says. “We have demonstrated it can carry a small molecule, or enzyme, or antibody. It facilitates these therapeutics or biologics to get across the barrier to the brain. xB3 doesn’t have other functions in the body, so it doesn’t cause any cascade effects.”

She added they’re not just working with new treatments, but also on existing treatments that could prove effective in the brain, but until now haven’t been deliverable in that all-important organ. For example, forms of breast cancer can metastasize and spread to other organs. There are established, proven drugs used to treat that effectively elsewhere in the body, but once the cancers get into the brain, treatment is more difficult.

“By linking our platform to existing, effective therapeutics, we’re trying to allow access to the brain so they can be equally effective against the same targets in the brain,” Dr. Tian says. “We can work with new, novel therapeutics as they’re discovered, as well as established ones.”

Rathjen adds the market for effectively treating cancer in the brain could be worth $3 billion annually – while helping a lot of people. As part of its partnership agreements, Bioasis receives upfront payments, milestone payments, and royalties for the use of xB3. The relationship with Korea-based Neuramedy alone is worth up to US$72 million.

With key partnerships formed, Bioasis’ xB3 drug delivery platform has the potential to significantly advance the treatment of disease, solving a major unmet clinical need and improving the lives of patients.

For more information on Bioasis Technologies, visit its website here.

Make sure to follow Bioasis Technologies on social media for the latest news: