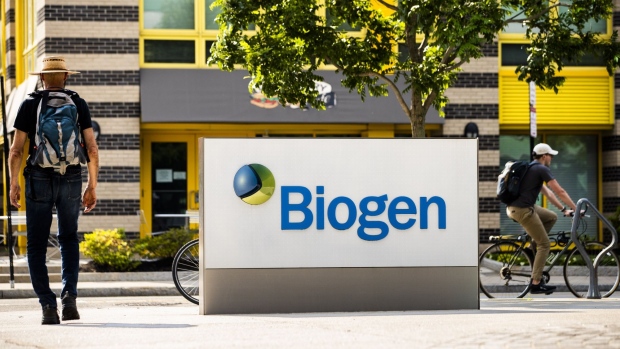 (Bloomberg) -- A Biogen Inc. whistle-blower will collect almost $250 million for bringing to light a kickback scheme the company agreed to resolve by paying the US and state governments $900 million.

The settlement resolves a lawsuit filed by former Biogen employee Michael Bawduniak under a whistle-blower provision of the False Claims Act, which permits individuals to sue on behalf of the US and get a cut of any money recovered, the government said in a statement on Monday.

Cambridge, Massachusetts-based Biogen first announced the settlement in a statement in July.

Bawduniak claimed in his suit that from 2009 to 2014 Biogen swayed health care professionals to speak at events where they were given “speaker training fees,” consulting fees and meals in exchange for their talks, according to the statement. Attendees were then pressed to prescribe drugs including Avonex and Tysabri in violation of the Anti-Kickback Statute, the US said.

“We thank Mr. Bawduniak for uncovering this behavior and bringing it to light,” said US Attorney for Massachusetts Rachael Rollins said in the statement. “This matter is an important example of the vital role that whistleblowers and their attorneys can play in protecting our nation’s public healthcare programs.”

Biogen said in a statement that it believes its conduct was always lawful and appropriate.

“The settlement does not include any admission of liability by Biogen,” the company said. “Biogen determined that now was the right time to resolve the litigation and allow the company to remain focused on our patients and strategic priorities.”