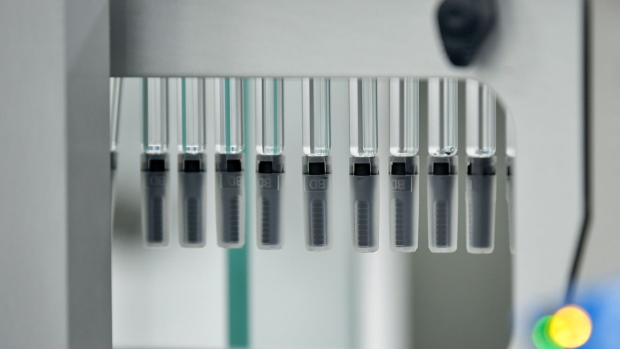 (Bloomberg) -- BioNTech SE raised $150 million in its U.S. initial public offering, pricing its shares below its target range as a wave of biotechnology listings recedes.

The German company, which cut the size of the offering earlier Wednesday, sold 10 million American depositary receipts for $15 each, according to data compiled by Bloomberg. BioNTech had earlier marketed 13.2 million shares for $18 to $20 apiece.

Biotech and biomedical companies, though overshadowed by so-called unicorns such as Uber Technologies Inc. with its $8.1 billion IPO in May, account for 34 of the 144 listings on U.S. exchanges this year, the data shows. Those companies garnered $4.9 billion of the total $45 billion raised in those listings, according to the data.

After the September collapse of IPO plans for WeWork parent We Co. and entertainment company Endeavor Group Holdings Inc., a handful of biotech companies have plowed ahead with their plans for listings with mixed results.

Aprea Therapeutics Inc. priced its shares in the middle of its marketed range to raise $85 million in its IPO last week. Its shares have climbed 27% from the offer price since then.

ADC Therapeutics SA withdrew its plans for an offering of as much as $212 million one week ago, citing “adverse market conditions” in a statement.

The parade of biotech IPOs is set to continue Thursday with a listing of as much as $157 million by Vir Biotechnology Inc.

BioNTech, founded in 2008, focuses on creating individualized treatments for cancer patients. The company has raised $1.3 billion in private placements, according to its filings with the U.S. Securities and Exchange Commission.

The offering was led by JPMorgan Chase & Co., Bank of America Corp., UBS Group AG and SVB Leerink. The shares are expected to begin trading Thursday on the Nasdaq Global Select Market under the symbol BNTX.

To contact the reporter on this story: Michael Hytha in San Francisco at mhytha@bloomberg.net

To contact the editors responsible for this story: Liana Baker at lbaker75@bloomberg.net, Michael Hytha, Peter Blumberg