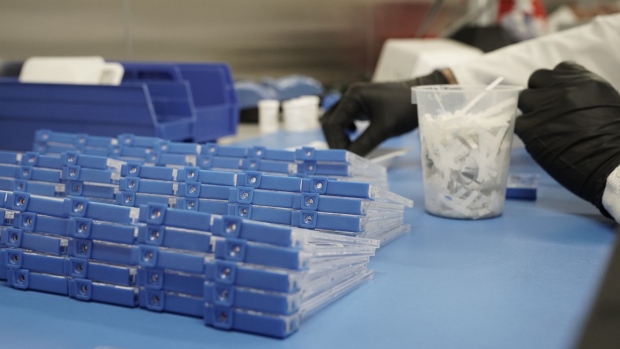 The biotechnology sector’s rally to an all-time high comes amid a winning-streak seldom seen since the industry emerged as an investment vehicle in the 1980s.

Now, some on Wall Street see even greater returns for the sector due to the COVID-19 pandemic, potential medical breakthroughs, a search for growth and the perceived safety of health care.

State Street’s SPDR S&P Biotech exchange-traded fund, known by its ticker XBI, is riding an eight-day winning streak that has seen its value grow by as much as 17 per cent -- more than triple the return of the S&P 500. The fund last saw a similar stretch of gains in November.

Prior to last November’s advance, which maxed out at 10 days, the XBI had not seen such a long stretch of days in the green since December 2013. The ETF had winning-streaks of at least eight days three times that year as biotech and the stock market recovered from the Financial Crisis.

The XBI’s gains since the end of March, when the broader market was near its bottom, are a staggering 49 per cent -- besting the NYSE FANG+ Index, home to such stocks as Facebook Inc., Tesla Inc., Apple Inc. and Amazon.com Inc.

Wall Street expects the biotech sector will continue to break out as investors get more confident in next-generation technologies, calls to rein in drug prices fade and larger drug developers show interest in early-stage companies. After about a five-year stretch where indexes and ETFs were range-bound, the current shift in investor mentality could lead to even more confidence, according to Jared Holz, a health-care equity strategist at Jefferies.

“Confidence in research programs, funding velocity never seen before, Large-Cap Pharma writing checks (despite still a quiet year for more traditional M&A), and an FDA that we (and others) see as the most lenient in years all factor into our thinking that the sector can continue to make new highs,” Holz wrote in a commentary to clients.

The XBI is not alone in seeing a rush of investor interest in biotechnology. The Nasdaq Biotechnology Index, a closely-watched gauge of investor sentiment, is also trading at a record and rallying for eight straight days. As of Tuesday afternoon, 29 of the index’s 207 stocks were trading at the highest level in at least a year, led by Sanofi, Vertex Pharmaceuticals Inc. and Seattle Genetics Inc.