Cassava Sciences Inc. nabbed the top spot as best microcap stock performer this year with about 790 per cent rally.

The small drug developer now has a market value of more than US$2 billion after briefly surpassing the US$3 billion mark earlier this week. Its surge since the start of the year has displaced GameStop as the leader in the Russell Microcap Index. GameStop’s return had dwindled to about 184 per cent through Thursday’s close, down from more than 1,000 per cent at the end of last week. 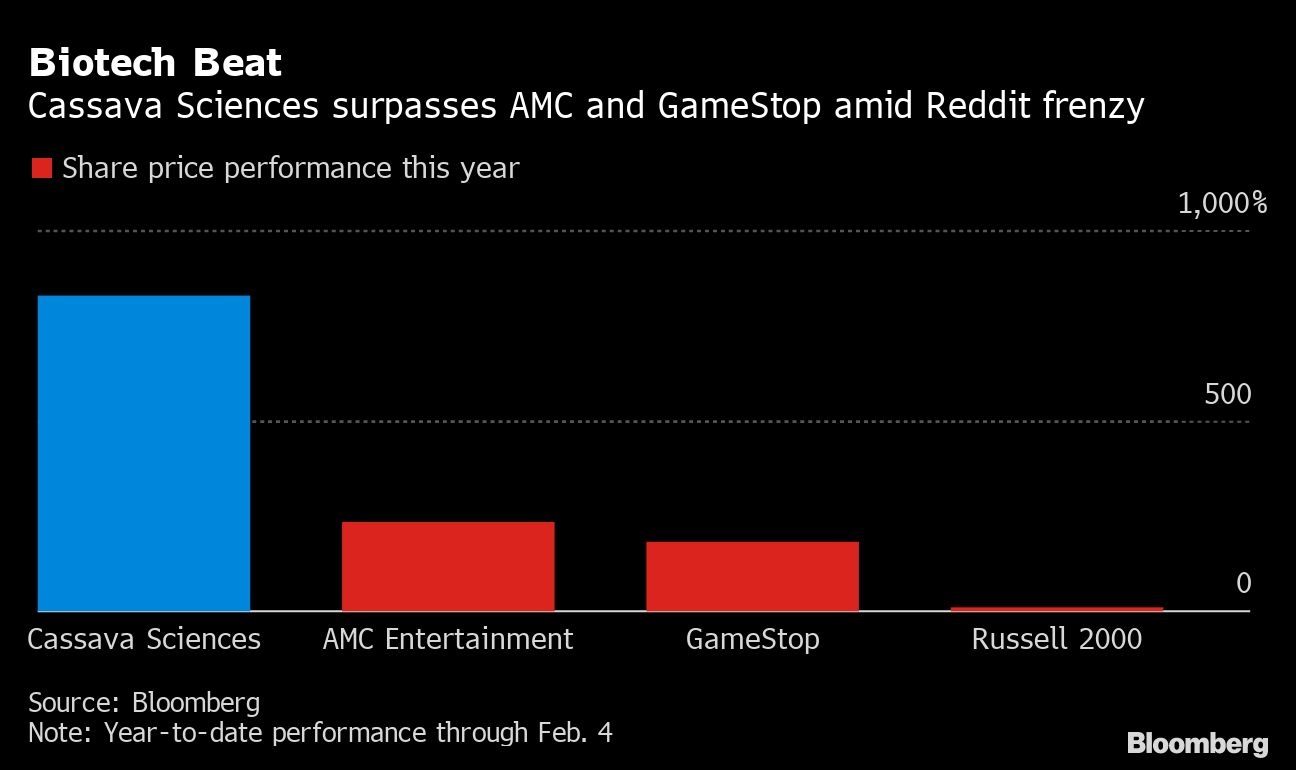 Trading in Cassava on Tuesday was frenzied with 76 million shares exchanging hands. Multiple trading halts were triggered after the Austin, Texas-based company released results from a small study of an experimental medicine in Alzheimer’s disease.

One day later, Cassava was among the top seven most purchased stocks by retail investors, according to Eric Liu, the cofounder of Vanda Research. At the same time GameStop retail interest fell back to mid-January levels and Express saw investors flee.

“Retail has basically just been rotating from one hot sector to the next,” Liu said. While retailers and silver funds sold off, pot stock Tilray Inc. and biotech Vaxart Inc. took the lead among the latest retail favorites, according to Vanda’s data.

Pandemic reopening trades have gone out of favor for growth stocks which were later overtaken by electronic vehicles. Now touts on WallStreetBets are poised to take the lead.

Meanwhile, even Cassava’s most bullish analyst was circumspect about the results from a small 100-person study.

“Although encouraging, we interpret these observations with caution being from a non-controlled study,” Charles Duncan, an analyst with Cantor Fitzgerald wrote in a Feb. 2 research note.

Results will have to be confirmed in a much larger placebo-controlled study, and the company plans to pursue a late-stage study in the latter half of this year. Duncan rates the company the equivalent of a buy and has a Wall Street high price target of US$24. The stock gyrated on Thursday closing down 28 per cent after gaining 34 per cent intraday. 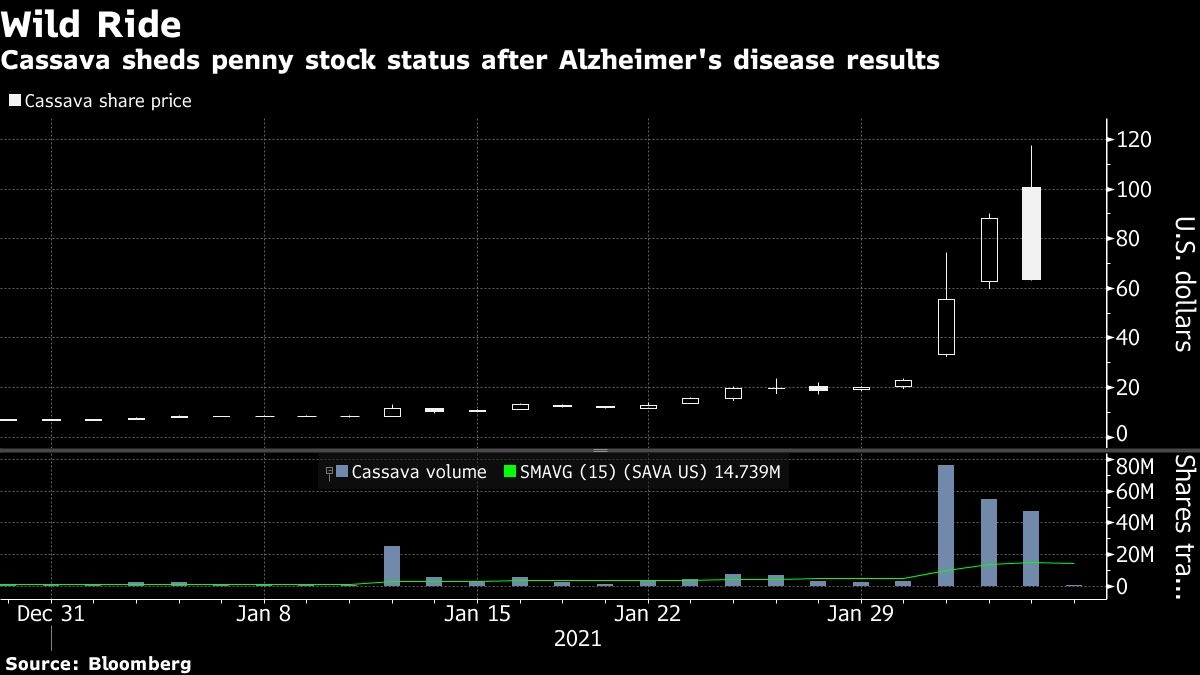