Bitcoin was flirting with a price gain for the first time in almost a week after the recent rout in cryptocurrencies pushed the market value of the digital token to less than half last year’s record high. 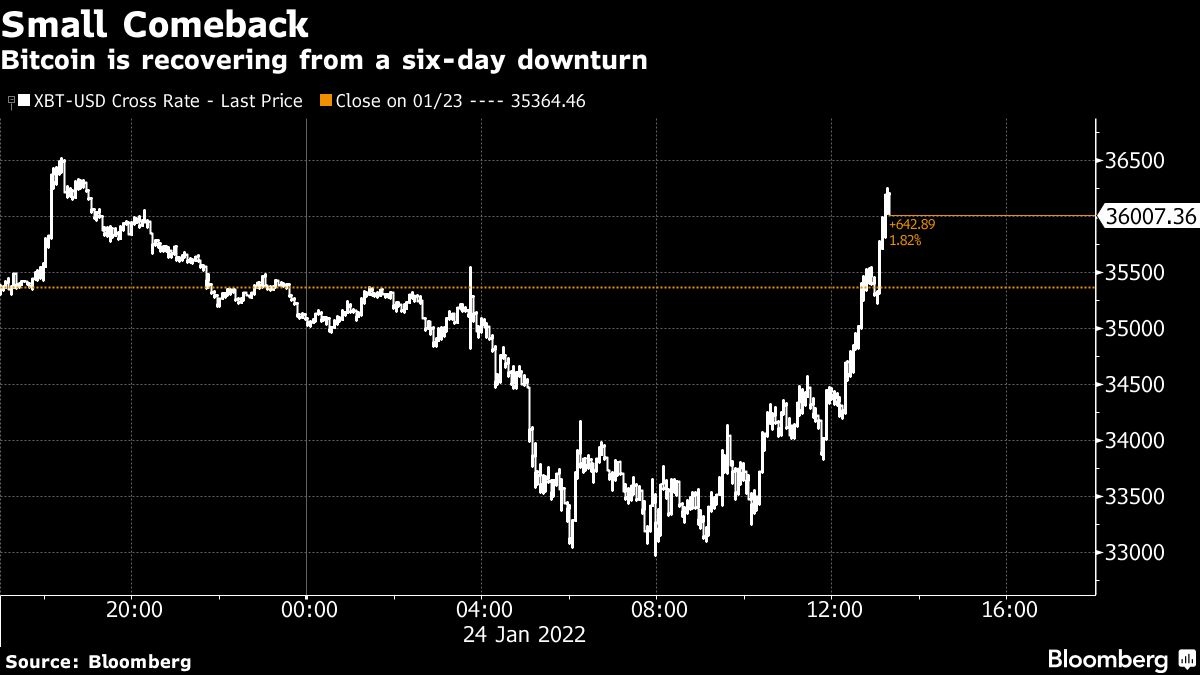 Wilfred Daye, head of Securitize Capital, the asset-management arm of Securitize, said US$30,000 is psychologically important, and Bitcoin should find some support there. But, he adds, should the selloff continue beyond that to US$27,000 “miners who got in at beginning of the bull market will be in trouble.”

Crypto has come under widespread selling pressure in recent weeks, with traders pointing to hawkish signals from the Federal Reserve and a selloff in technology shares as reasons for traders to withdraw from risky assets. Since its all-time high of US$69,000 in November, Bitcoin has tumbled more than 50 per cent.

“We don’t think it is a bad thing if market volatility takes some of the air out of the more speculative corners of the market,” said strategists led by Mark Haefele, chief investment officer at UBS Global Wealth Management.

The 40-day correlation coefficient for the digital token and the tech-heavy Nasdaq 100 has reached almost 0.66, the most in data compiled by Bloomberg since 2010. A similar correlation with the S&P 500 is at a record too. 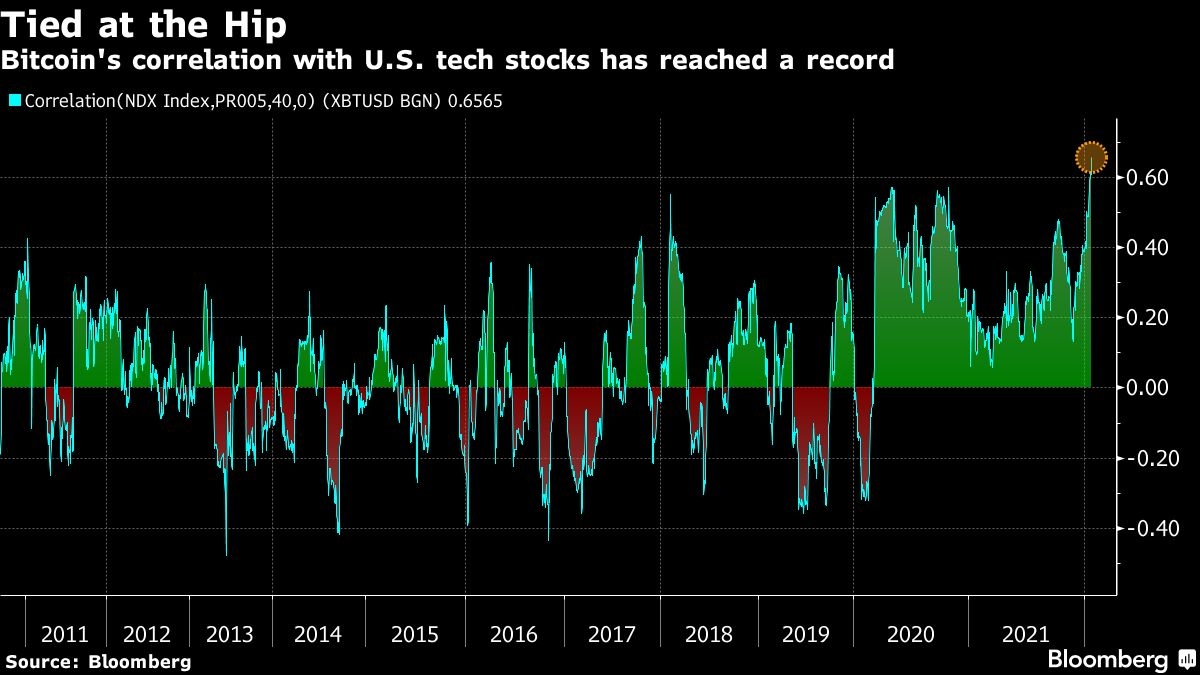 Cryptocurrency-exposed stocks tumbled on Monday before also bouncing off their lows. MicroStrategy Inc. slumped as much as 15 per cent, while Bitcoin miners Marathon Digital Holdings Inc. and Riot Blockchain Inc. also dropped.

Chris Weston, head of research with Pepperstone Financial Pty Ltd., said the sector is “grossly oversold but momentum is to the downside and rallies are likely to be sold.”

Peter Berezin, chief global strategist at BCA Research Inc., is skeptical about Bitcoin overall even as he sees the possibility of a short-term boost should stocks recover. His long-term target for it is just US$5,000. Investors seeking to hedge risk should consider going long on Cardano, Solana and Polkadot versus Bitcoin, Litecoin, and Dogecoin, he said.