Bitcoin briefly dropped below US$30,000 for the second time in the past week as the largest cryptocurrency struggles to regain momentum after reaching record highs earlier this month. 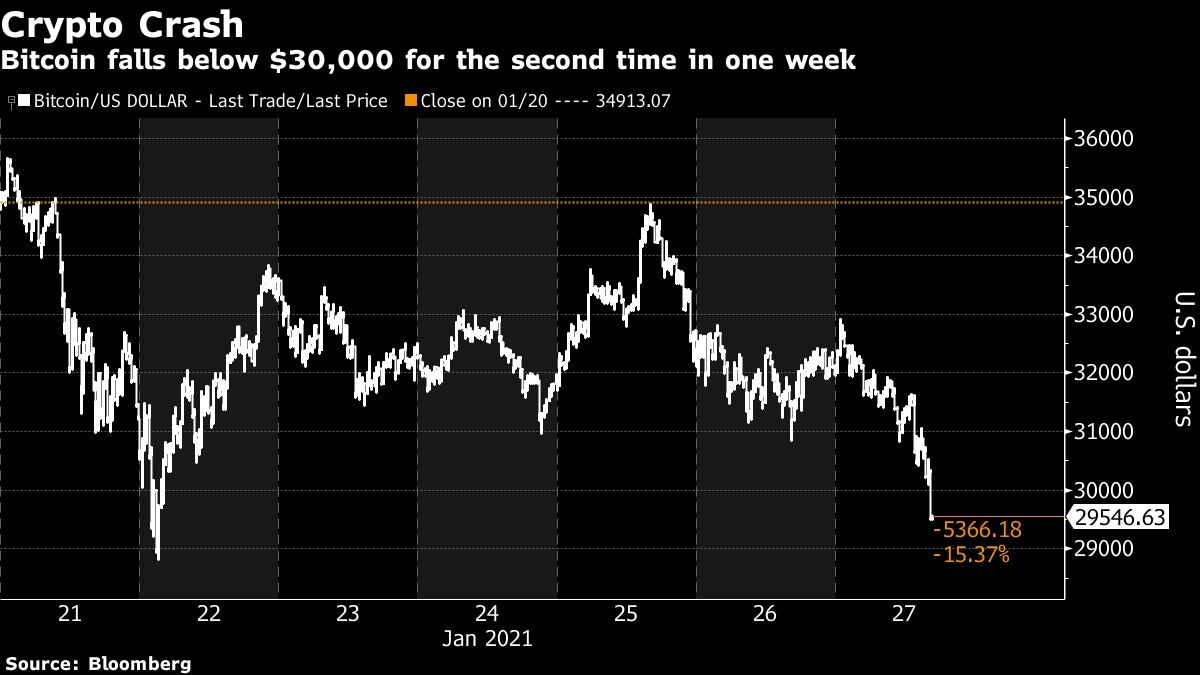 The token surged 300 per cent in 2020 amid speculation that institutional investors were piling in with interest rates at rock-bottom lows. Companies such as MicroStrategy Inc., Square Inc., and crypto miner Marathon Patent Group Inc. have all added some of their company’s cash reserves into Bitcoin amid the rally. The drop is a reminder that Bitcoin is still prone to wild swings.

According to Matt Maley, chief market strategist at Miller Tabak + Co., a meaningful break below US$31,000 on a closing basis would spell technical trouble for the token. The last time Bitcoin ended a trading session below this level was Jan. 1. Additionally, the coin dipped below its 50-day moving average before bouncing back.

“A close below Bitcoin’s 50-day moving average of US$29,000 would certainly qualify as a meaningful lower-low, thus it would confirm the change in trend.”

The drop occurs as speculative focus appears to be shifting toward stocks like GameStop Corp. and AMC Entertainment Holdings Inc., and the frenzied retail buying has spilled over into the options market. Some industry participants point to this as a positive for the cryptocurrency, which they longed labeled as anti-establishment. According to SkyBridge Capital’s Anthony Scaramucci, the move is an affirmation of financial decentralization, which has long been the guiding force behind Bitcoin. SkyBridge has around US$385 million in overall Bitcoin exposure. 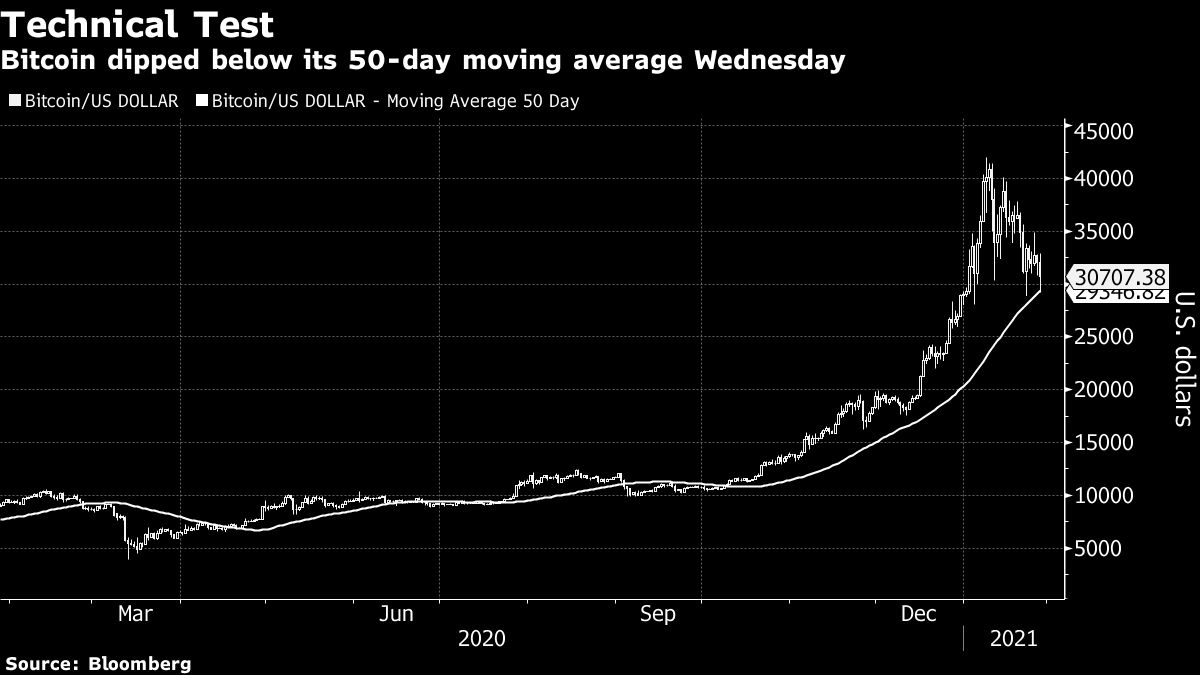 Antoni Trenchev, co-founder and managing partner of Nexo, said fundamentally nothing has changed, but he added that the rally was overextended and the pullback is natural.

“The long-term prospects remain very bright. Short term, we might continue to see fluctuations and that’s to be expected,” he said. “It’ll be interesting to see whether we establish ourselves below US$30,000. If that’s the case, we are going to revisit US$25,000 and then US$20,000. As long as we are above US$20,000, we are still in a bullish market.”