Animal spirits are stirring again for Bitcoin after the token surged more than 30 per cent in the past seven days to the highest since May.

The rally contrasts with the more pedestrian recent performance of traditional assets like stocks, bonds and gold in a period of angst over high inflation and slowing economic growth. Bitcoin was 5 per cent higher at US$54,079 as of 10:13 a.m. in New York, about US$9,331 shy of its mid-April all-time high.

The Bitcoin advance has overcome China’s ban on cryptocurrency transactions and turbulence around El Salvador’s troubled rollout of the digital coin as legal tender. Optimists point to the way crypto appears to be gaining traction on Wall Street as an asset class in its own right, as well as comments from U.S. regulators that eased the worst fears about harsher oversight. 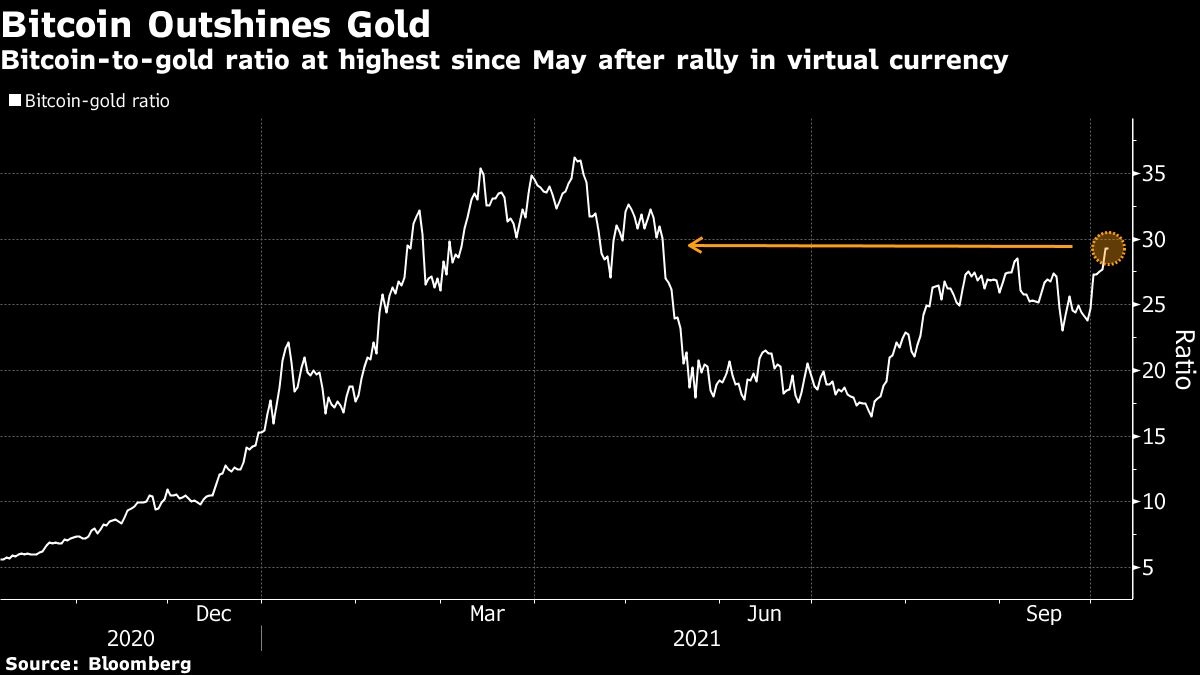 Other digital coins have also been climbing: Ether, Binance Coin, Solana and Dogecoin are up sharply in the past seven days, according to tracker CoinGecko. Trading volumes for Bitcoin are two-thirds larger than Ether since the start of October, according to crypto exchange Kraken.

Now that Bitcoin has surpassed US$50,000, “we do expect this bull run to take it to near highs during the fourth quarter,” Leah Wald, chief executive officer of Valkyrie Investments, a specialized alternative asset management firm, said in a Bloomberg QuickTake video.