Bitcoin rallies above US$9,000

Bitcoin climbed past US$9,000, to its highest since May 2018, as reports that Facebook Inc. is due to unveil a digital currency added to optimism that cryptocurrencies are becoming more widely adopted by mainstream finance.

The largest digital currency rose as much as 9.4 per cent from late Friday and traded at US$9,215 at 9:30 a.m. London time. Rival coins also climbed: Litecoin was up 5 per cent and Ethereum rose 5.5 per cent. 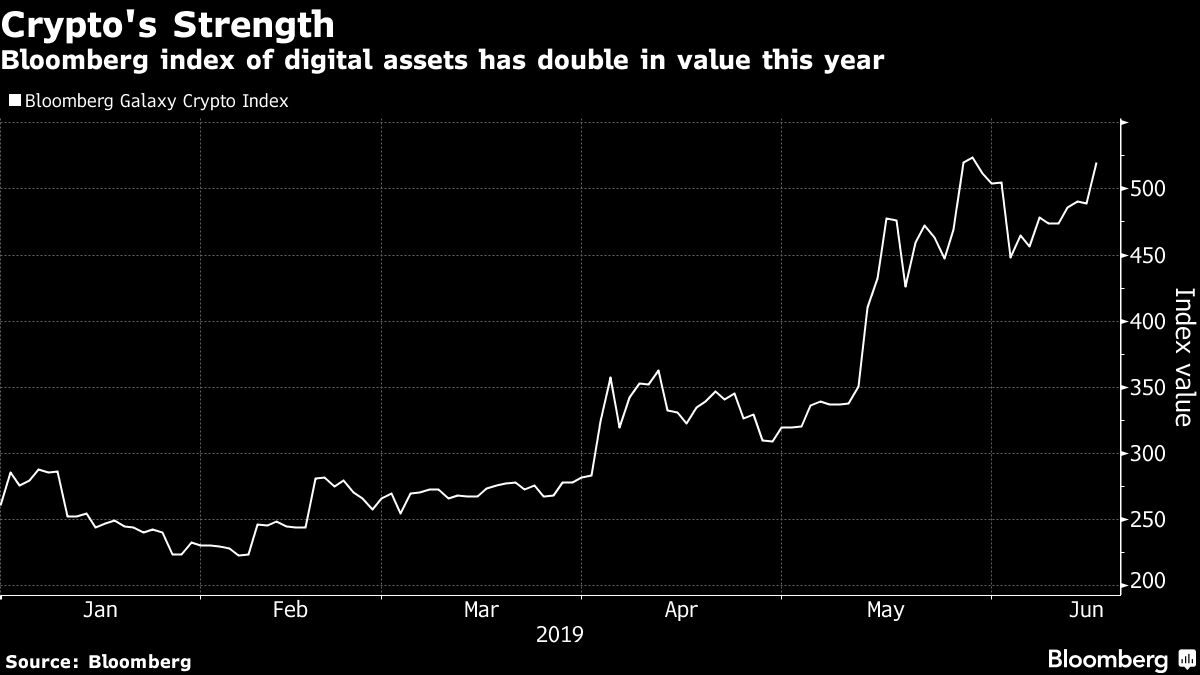 “The simple fact is, in a time when people are looking for some sort of safe haven or some hedge, money has found its way to” Bitcoin, said Brett McGonegal, CEO with Capital Link International, in an interview with Bloomberg TV. “The inflection point in any major play to a nascent asset class is the attachment point to institutional money. If institutional money starts to touch bitcoin that’s when you go much higher.”

Bitcoin is up about 150 per cent in 2019 and the Bloomberg Galaxy Crypto Index has doubled in value amid a slew of companies looking to deepen their offering of cryptocurrency services. Some investors have said the latest reports detailing Facebook’s plans to launch a digital currency as soon as Monday are pushing people toward Bitcoin.