Bitcoin rallied following a proposal from global regulators that would introduce capital requirements for banks dealing in crypto.

The announcement from the Basel Committee on Banking Supervision is another sign that the world of traditional finance is responding to the rise of crypto assets. While the proposal would introduce tough capital controls, it also shows that regulators are taking the fast-growing market seriously and preparing the banking industry for how to deal with its widespread adoption. 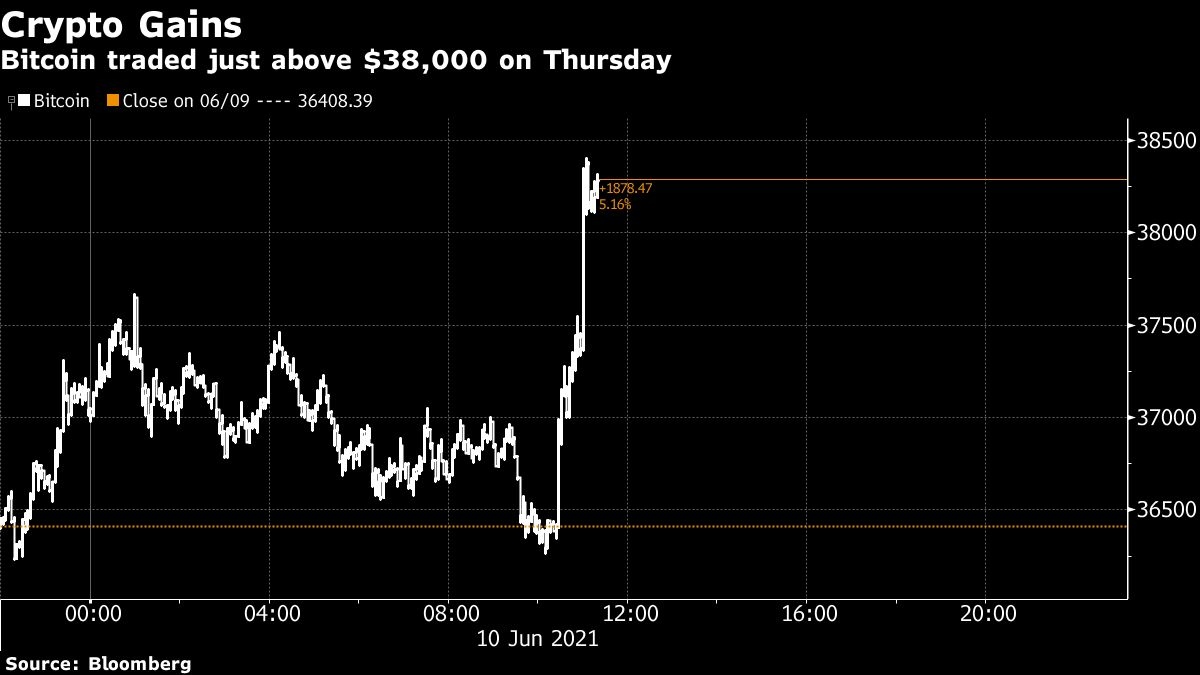 Still, the panel didn’t hold back in voicing its concerns over the risks to financial stability posed by crypto’s extreme volatility and potential for money laundering.

It’s a sentiment that’s been echoed countless times by policymakers. In an interview on Wednesday, Massachusetts Democratic Senator Elizabeth Warren said called the market for cryptocurrencies the “Wild West,” and said digital currency is “not a good way to buy and sell things and not a good investment and an environmental disaster.”

Bitcoin has been stuck in the mid-US$30,000s for the past month after a sharp selloff in May, when prices were flirting with US$60,000. Public criticism of the digital currency’s energy needs by billionaire Elon Musk and a Chinese regulatory crackdown have sapped enthusiasm for the market.

The market got a brief lift on Wednesday, rallying 8 per cent on the day, after El Salvador became the first country to formally adopt Bitcoin as legal tender.