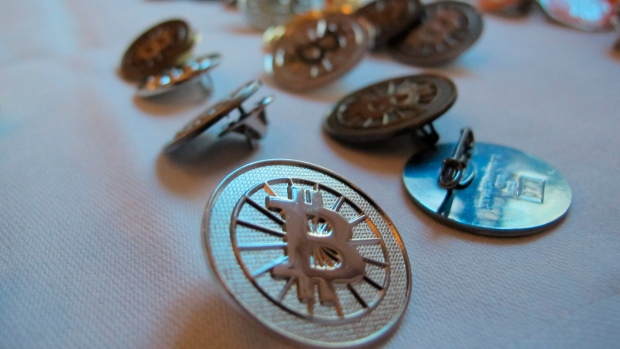 The trading range between Bitcoin’s 50- and 200-day moving averages has diminished to its narrowest since June, potentially indicating that an inflection point may be on the horizon. Though Bitcoin’s already fallen below its 50-day moving average, a drop below the 200-day could trigger a sell signal.

“The best way to describe the market is it’s retracing last year’s bear market,” Mike McGlone, an analyst with Bloomberg Intelligence, said by phone. “It’s in no hurry to take out the old highs — there’s a hangover of residual selling from the parabolic rally in 2017. There’s just a lot of people who bought it, got way too overextended, who will be responsive sellers.”

The most widely-owned-digital asset has erased much of the gains it posted after China’s President Xi Jinping said the country was inclined toward increasing investments of blockchain technology as it searches for industrial advantages. While crypto enthusiasts took that as a positive for Bitcoin, the token has subsequently traded lower, dropping near five per cent this month. The Bloomberg Galaxy Crypto Index has lost more than two per cent in the same period.

On Wednesday, Bitcoin fell as much as 0.6 per cent to around US$8,708 in New York trading. 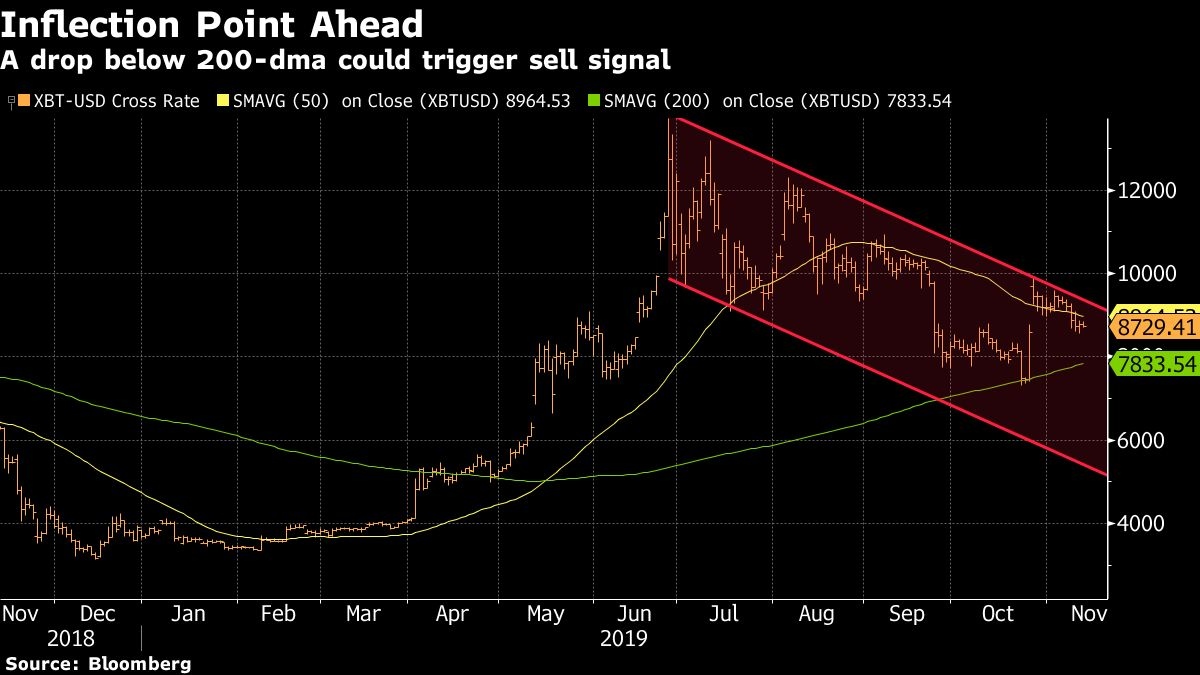