Investors who usually look to gold and silver are now looking at Bitcoin: FRNT Financial CEO

Bitcoin is struggling to extend its record-breaking rally after failing to break through a key level that market technicians say needs to be breached before prices can move higher.

The world’s largest cryptocurrency dropped from the upper range of the downward trend channel established since it reached an all-time high of almost US$42,000 on Jan. 8. At the same time, the coin’s GTI VERA Convergence Divergence Indicator -- which detects trend fluctuations -- is flashing signals that the token’s bear trend may be diminishing. 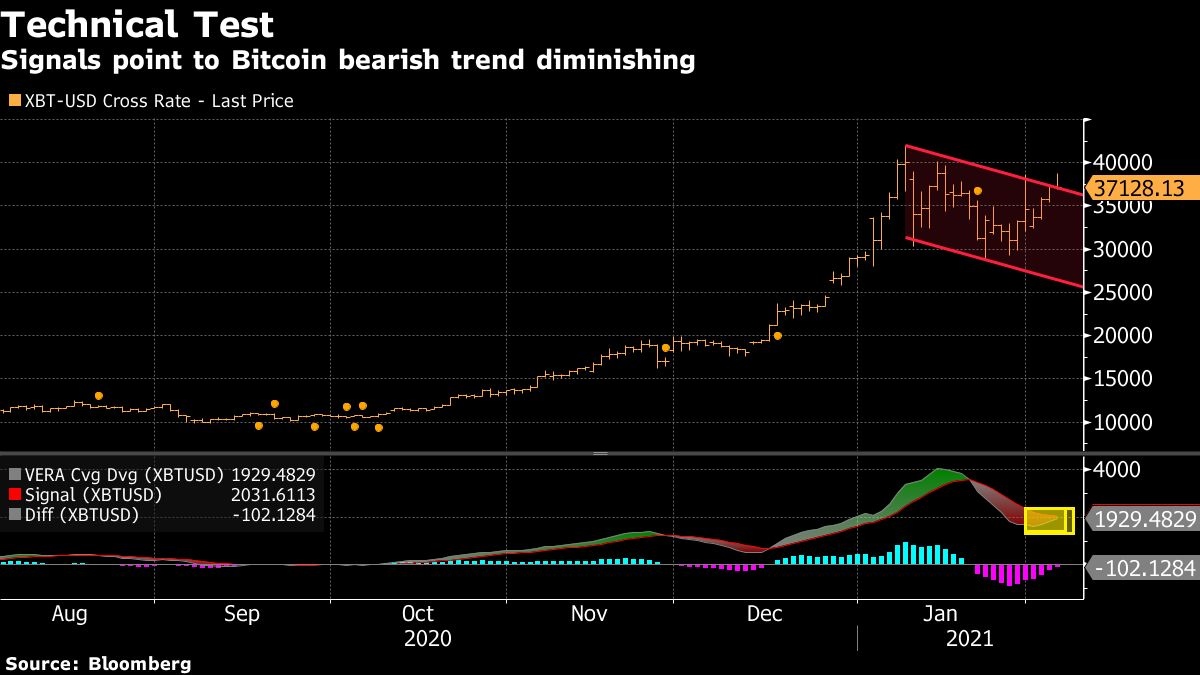 Dogecoin surged after Tesla Inc. co-founder Elon Musk returned from his self-imposed Twitter break to send a series of tweets about the mock cryptocurrency.

A strengthening dollar since the start of the year has kept Bitcoin stuck in a consolidation phase, but that could be ending soon, according to Ed Moya, senior market analyst at Oanda Corp.